State Representative Andre F. Baker, Jr. was born and raised in New Rochelle, N.Y. His compassion for others led him to pursue an education in funeral services. In 1986, he earned an Associate of Applied Science (AAS) Degree in Mortuary Science from the State University of N.Y. at Farmingdale. Today, he is the owner and CEO of Baker-Isaac Funeral Services, Bridgeport, Conn. and Baker Funeral Services, South Norwalk, Conn.

In 1994, Rep. Baker relocated to Bridgeport, Conn. and became a member of the Mt. Aery Baptist Church. While a member of the church he served on the Board of the Community Development Corporation and as the Vice Chair of the Trustee Ministry.

In 2003, the representative’s passion for people combined with his energy and willingness to serve his community lead him to his political career in the City of Bridgeport. He was elected to the Democratic Town Committee where he served for two years in addition to serving as a Planning and Zoning Commissioner.

In 2005, Rep. Baker was elected to the Common Council for the City of Bridgeport 139th East End District where he served for eight years. He served on the Education and Social Services Committee, Public Safety and Transportation Committee and the Miscellaneous Matters Committee. He also was the President of the Black and Hispanic Caucus and co-chair of the Ordinance Committee in addition to the Budget and Appropriations Committee.

In 2013 Rep. Baker was elected to serve on the Bridgeport Board of Education. He served on the board for two years before being elected to serve in the Connecticut General Assembly as State Representative to Connecticut’s 124th Assembly District. He was sworn into his first term in 2015 and continues to represent the 124th District, which incorporates the east end of Bridgeport. As a Representative he has worked diligently to ensure that he serves his constituents to the best of his ability. In his current term, Rep. Baker serves as Vice Chair of the Planning and Development Committee in addition to serving as a member of the Appropriations Committee and Banks Committee. He is also a proud member of the legislature’s Black and Puerto Rican Caucus.

Rep. Baker remains active in civic and cultural organizations such as Doric Lodge # 4 Prince Hall Affiliated F. & A.M. He served as Bridgeport’s Juneteenth Parade Grand Marshal in June 2000 and later joined the Juneteenth of Fairfield Organization. In service to his community, he sponsors an Annual Back to School Family Day, informational events and is a regular participant in the Bridgeport School Career Day and Read-A-Loud Program.

Rep. Baker is the proud father of two sons, Brandon and Chase and granddaughter, Kaylee. He enjoys reading, traveling and spending time with his family. 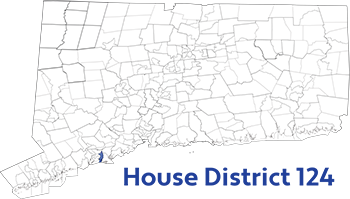