Rick Lopes was elected to represent New Britain’s 24th Assembly district in 2012. Prior to that, in 1994, he served as a community organizer in the Broad Street neighborhood. Starting as the staff for the Broad Street Collaborative, a group of residents and business owners, Rick was instrumental in transforming the Broad Street group into the state’s first Neighborhood Revitalization Zone (NRZ).

After the successful organizing career, Rick went on to a position as a housing coordinator at the Middletown Chapter of the American Red Cross and then as a vocational counselor at the Chrysalis Center in Hartford, an agency offering employment support to adults with mental illness. Rick also worked at the State Capitol from 2003-2011 as the legislative aide for Sen. Don DeFronzo who chaired the Government Administration and Elections Committee and the Transportation Committee. Rick also worked as project manager for the Department of Administrative Services.

Since 1993, Rick has run a small property management and maintenance business that operates in West Hartford, New Britain and Hartford.

Rick began his political career by running his own successful campaign for New Britain City Council in 2003 (while an MSW student at UConn). 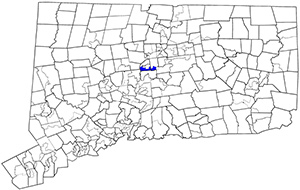