Russell Morin was first elected in 2006 to represent the 28th House District in Wethersfield. He is a Deputy Speaker of the House and serves as a member of the Finance, Transportation, Commerce and Legislative Management committees.

Russ attended Wethersfield Public Schools and is a graduate of Wethersfield High School and E.C. Goodwin Technical School. He holds a State Food Service Certificate and was trained and worked as a chef in the early 1980’s.

Rep. Morin is a member of the First Church of Christ in Wethersfield, serving on the property and facilities committee, and as a volunteer team leader preparing and serving meals at the South Park Inn shelter in Hartford.

Russ has been very active with the young people in his community working as coach and former officer of Wethersfield Little League, as well as former coach of the George Ritchie Youth Soccer League and the Wethersfield Youth Basketball League.

Additionally, he formed the “Wethersfield We Care” program raising funds and collecting goods that were shipped to members of the military in Iraq, and the “Russ’ Community Chest,” which has raised money to benefit disadvantaged youth by awarding camp scholarships and providing Christmas gifts for needy families.

Russ brings a wealth of political experience to the legislature:

He and his wife, Grace Morin, have three grown children and a granddaughter. 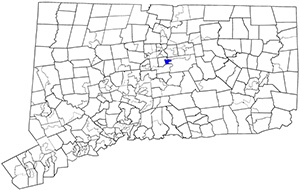