Thank you for giving me the privilege to represent you in the Connecticut General Assembly. It is an honor to serve you in the legislature and thank you for all that you do for our community.

In my first term, I proudly stood up for Stamford in the legislature. Over the past two years, I worked with the delegation to secure over $130 million for Stamford, including $61 million for a new magnet school, $4.9 million for J.M. Wright Technical High School, and over $21 million in transportation funding to fix our roads, bridges, and rails. This year, while many municipalities faced cuts, Stamford received an estimated increase of $2.8 million in municipal aid and we worked to restore funding for the most vulnerable, for education, and for Stamford Hospital.

I introduced and led the debate on five bills that passed the House, including a bill to reduce start-up costs for new businesses and a bill supporting Stamford police. Additionally, I called for and will continue to call for property tax credits for seniors.

Connecticut is facing a difficult fiscal environment. As we continue to recover from the recession, our state is not seeing as many high-paying jobs being created. As a result, I focused my attention on pro-business and pro-job growth legislation that aims to grow our economy by attracting new businesses, supporting growth and job creation among our existing businesses, and reducing regulations and taxes on businesses.

I believe that instead of attacking each other, we need to attack the problems facing our state. That is why I worked hard to build relationships across the aisle with my Republican colleagues, by co-sponsoring or introducing over 53 bi-partisan bills, and joining the bi-partisan Young Legislators Caucus, the bi-partisan Women’s Caucus, and the Moderates’ Caucus. As a moderate voice, I pushed back against various tax increase proposals, called for more fiscal responsibility, and for long-term budget reforms.

I vow as your State Representative to continue to fight for the people of Stamford and for our state. If you have any feedback, contact me anytime on my personal cell phone at 203-962-4619 or email me at
caroline.simmons@cga.ct.gov. I would love to hear from you. 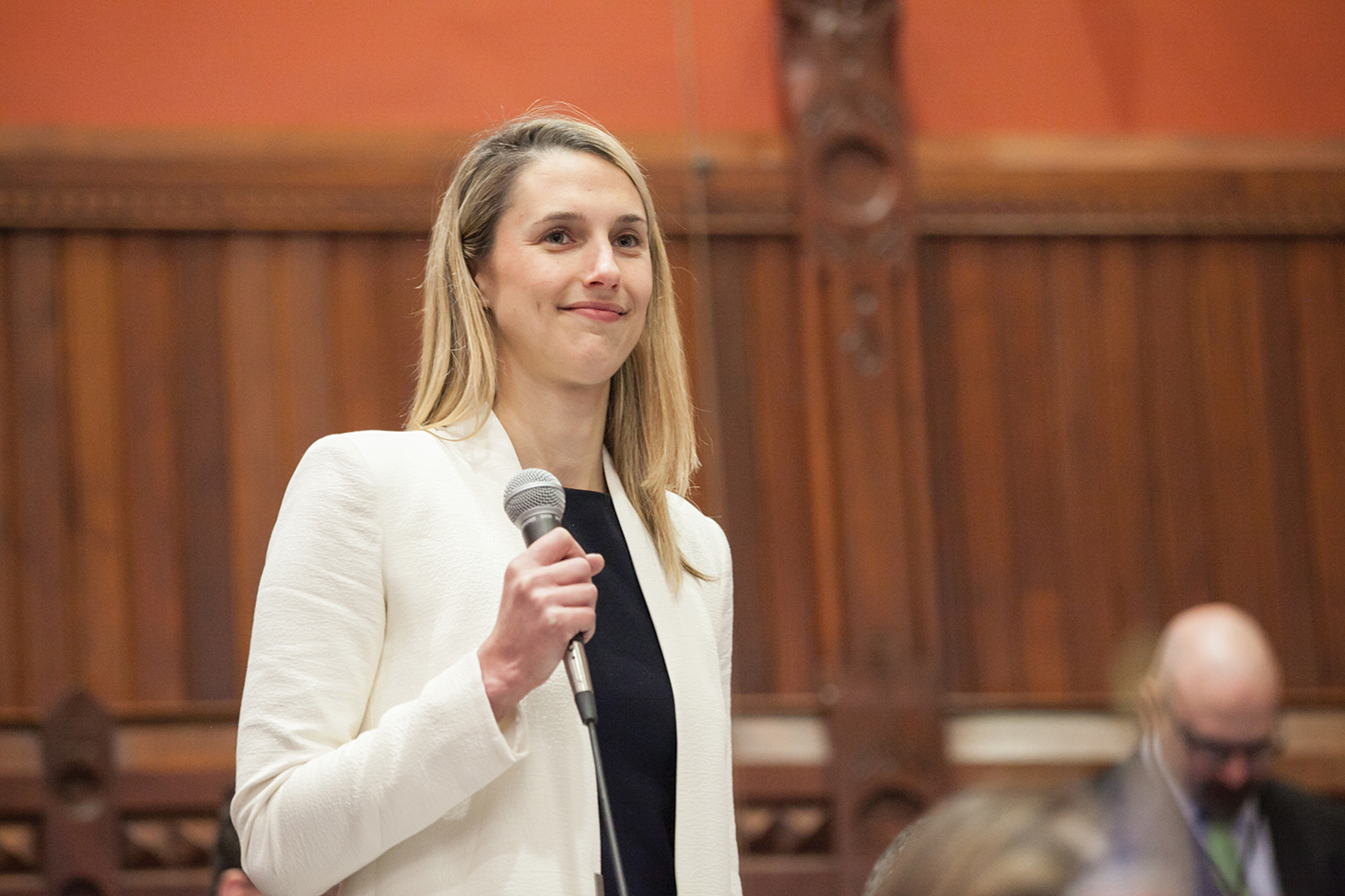 In 2015, there were over 41,000 victims of domestic violence in Connecticut, about 4,000 rapes, and over the past two years, over 200 human trafficking incidents were reported. In response, I worked hard to help write, co-sponsor, and pass three bills that are now law that will help protect these victims. PA 16-34, 70, 71

I was proud to co-sponsor and help pass legislation that would require school districts to disclose information about teachers who have substantiated claims of sexual misconduct against them. Thank you to the Mayor’s Youth Leadership Council for their tremendous advocacy efforts. PA 16-67

Pedestrian deaths increased by 10 percent nationwide last year. In Stamford, several pedestrians have been struck by cars, including one tragic, fatal incident that took the life of an 81 year old man crossing High Ridge Road earlier this year. In response, I co-sponsored and spoke on the House floor in favor of a bill we passed to improve pedestrian safety in Connecticut by increasing the fine for drivers who fail to yield to pedestrians in crosswalks. PA 16-54 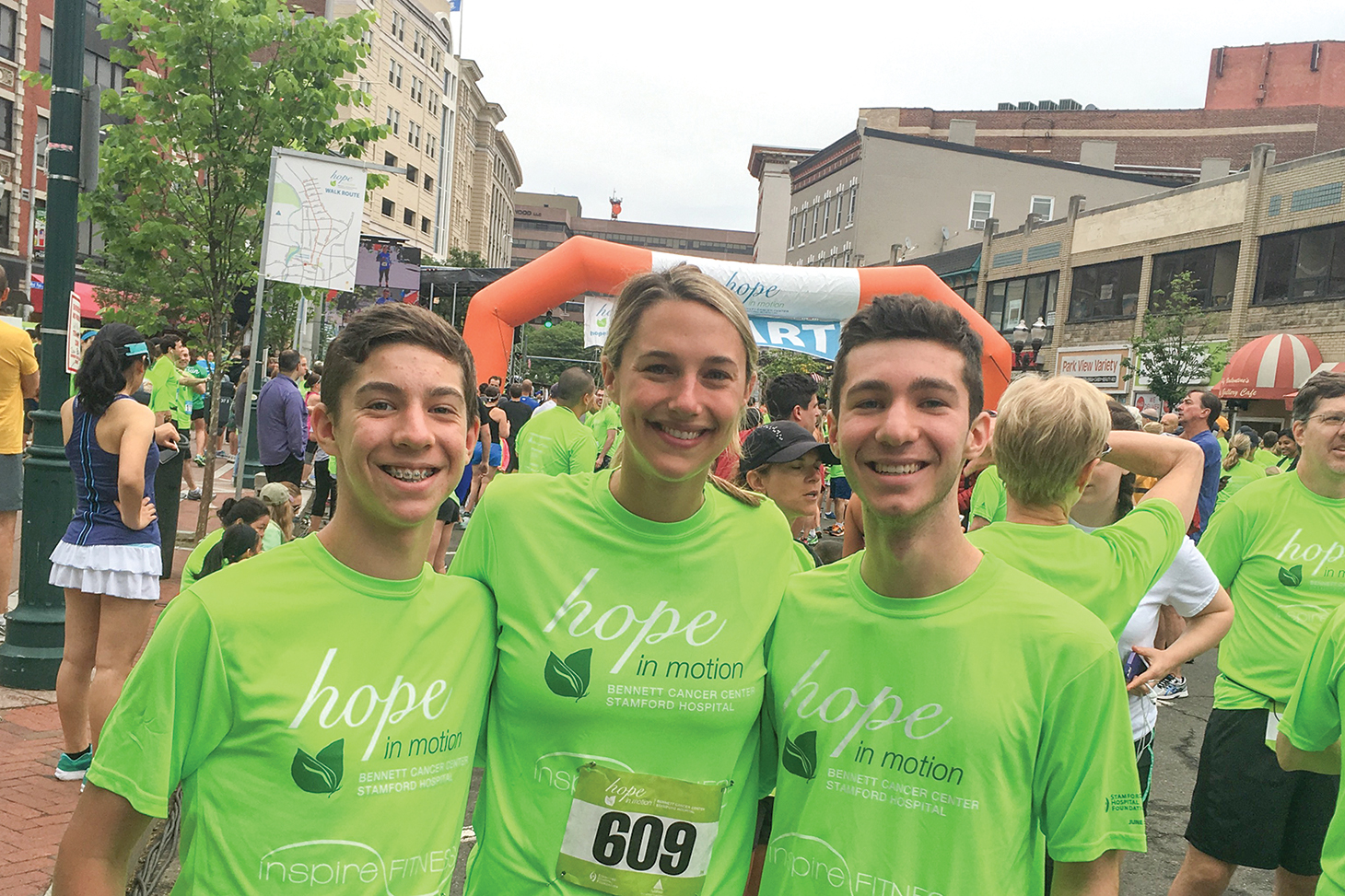 This year, the legislature took another important step in the battle against prescription drug and heroin abuse. This law, which I co-sponsored, requires prescribers to advise patients about the risks, and requires emergency responders to carry the life-saving overdose reversal drug,  naloxone. I will continue to fight to prevent substance abuse in our community and provide care for those who face addiction. PA 16-43

Preserving our environment is critical for the health and safety of our community, which is why I supported banning plastic microbeads to protect Long Island Sound, banning pesticides in our playgrounds, and was proud to earn a 100% rating from the League of Conservation Voters.

This session the state faced a difficult fiscal environment. There were no easy solutions, but the legislature approved a budget, supported by Connecticut business groups, that closed the deficit without raising taxes, borrowing, or tapping into the rainy day fund. The $830 million in spending cuts made this year will save Connecticut taxpayers money next year and in the future. While many municipalities faced drastic cuts, we fought hard to help get Stamford an estimated increase of $2.8 million in municipal aid. There is much more that we need to do to get our fiscal house in order and I plan to continue to work on this in the next session by working to reduce state spending; make government more efficient; lower taxes and make Connecticut more affordable; reduce the state’s long-term debt; grow our economy through attracting new businesses; and invest in infrastructure and education. 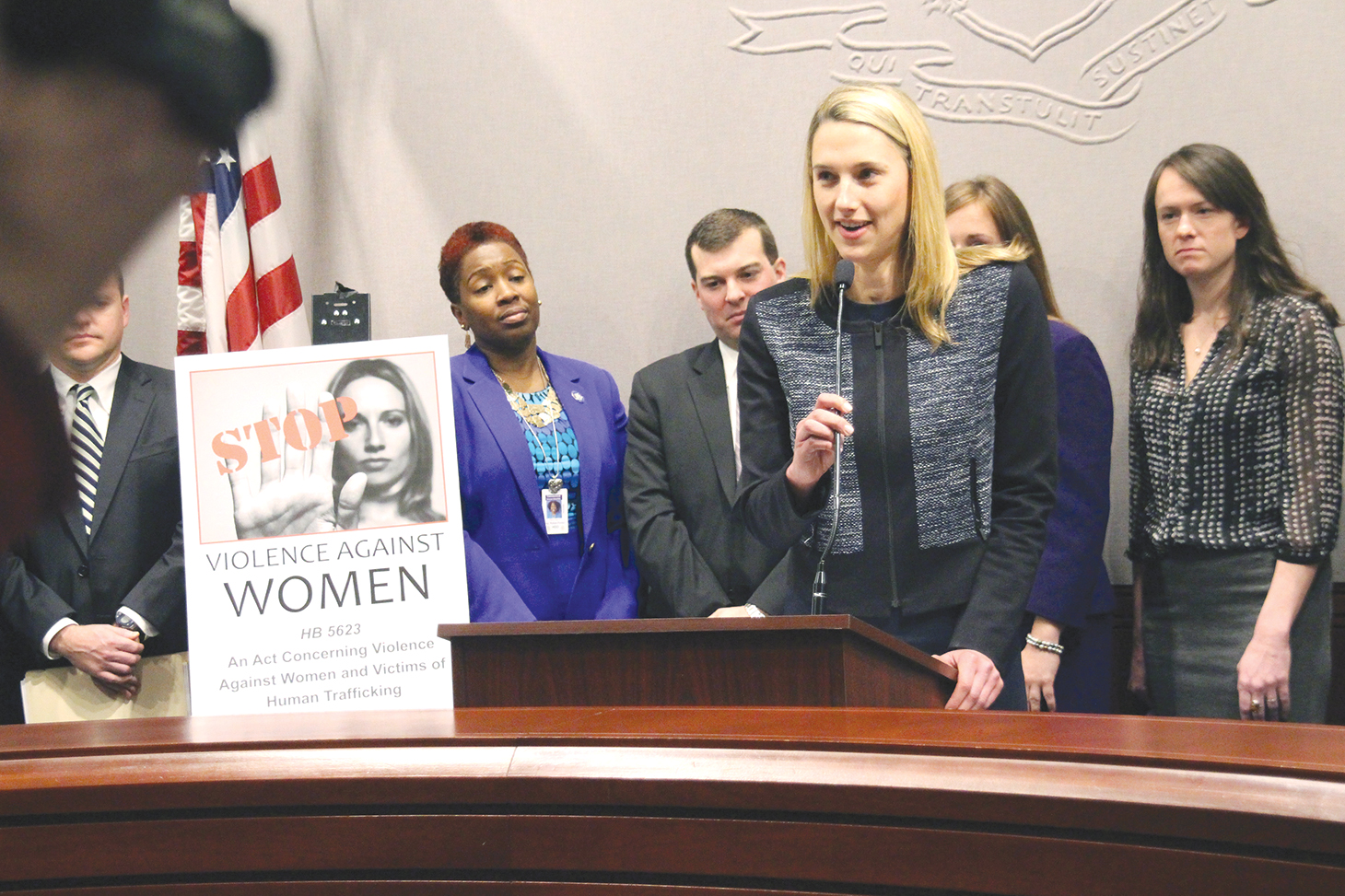 I co-sponsored and voted yes to override the Governor’s veto of this bill which aims to reduce burdensome regulations on small businesses by requiring that the Office of Fiscal Analysis analyze the fiscal and regulatory impact of any new legislation on businesses. PA 16-32

As a co-sponsor of the amendment that formed the Connecticut Commission on Economic Competitiveness, I supported the creation of the Connecticut 500 economic development plan. This bold, forward-thinking plan aims to create 500,000 new jobs, 500 new businesses each year, and increase the state’s population by 500,000 over the next 25 years. Special Session PA 16-3

As a member of the Commerce Committee, I supported an extension of the First Five Program, which provides tax incentives for businesses to grow and create jobs in Connecticut. This program has helped companies statewide create almost 3,000 jobs, including companies in Stamford, like Synchrony Financial, Deloitte, NBC Sports, and Charter Communications. Special Session PA 16-3 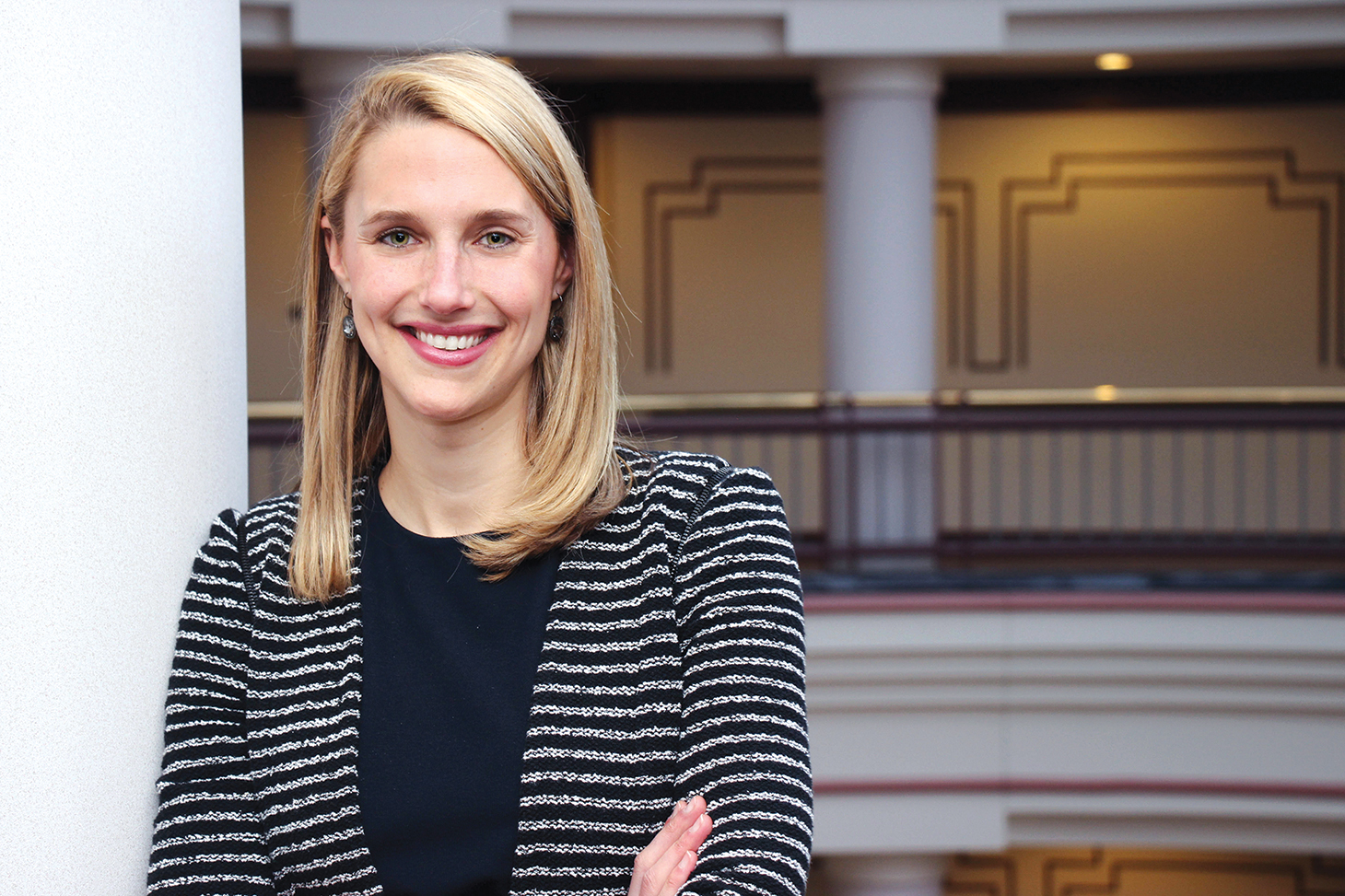 I helped write and pass this bill to encourage entrepreneurship in the state. This bill, which became law on May 6th, allows new businesses in the information technology, biotechnology, and bioscience fields to start a new business in Connecticut and get reimbursed for any state filing, permitting, or licensing fees. For more information or to apply, contact Connecticut Innovations, Inc. at 860-563-5851. PA 16-1

One of my top priorities was to stand up for Stamford schools and to fight for more resources and funding to support our students. I helped secure over $61 million for a new magnet school on Strawberry Hill in order to ease overcrowding in our elementary schools, and $4.9 million for more students at J.M. Wright Technical High School. I fought for $10 million in capital funding to improve Stamford school buildings and I supported efforts to reduce the amount of testing, by allowing 11th graders to take the SAT in place of the SBAC. I will continue to stand up for Stamford schools next session.

Connecticut is becoming a more expensive place for seniors to live and retire. That is why I called for an expansion of property tax credits for senior citizens and I co-sponsored legislation to ban variable electric rates. We also passed legislation aiming to protect seniors from fraud and to give patients in nursing homes more rights and access to caregivers.

Although cuts were made across the board to eliminate the budget deficit, we were able to significantly restore funds to our hospitals, which were unfairly targeted by the Governor’s proposed cuts. We were able to restore a total of almost $70 million in cuts to Connecticut hospitals, with a restoration of $2 million to Stamford Hospital. I will continue to fight for the restoration of hospital funding, especially for Stamford Hospital which has been such a valuable member of our community. 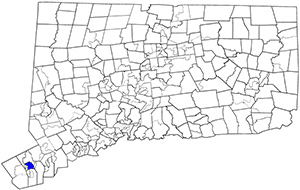