State Representative Brian Smith is honored to serve residents of the 48th Assembly District, which covers parts of Colchester, Lebanon, Mansfield and Windham.

As a resident of the 48th District for the past 38 years, he understands the district's unique needs and the importance of moving Eastern Connecticut forward with the rest of the state.

As a teenager, he worked on a family-owned tobacco farm in Enfield. He's been a dishwasher, cook, busser, waiter and bartender. After graduating from Central Connecticut State University, he first worked in a machine shop, running a drill press and lathe. He later worked as a paralegal in a major law firm and eventually became the marketing director for that and other law firms until he retired in 2017. He knows how important it is to expand access to health care, improve the quality of education, and maintain the character and charm of Connecticut communities.

Smith has understood the importance of public service from a young age by family members who served in their communities. Both his father and uncle were police officers in Weehawken, New Jersey. His Great Aunt Ann, late Sister Elaine, and his cousin Terry were all teachers. Two other Great Aunts were missionary nuns who taught their entire lives: one in Africa and the other in the United States in Appalachia.

Regardless of his job title or place of employment, he always found ways to better his community. He founded The Actor’s Attic Theatre Company, Inc, a nonprofit theatre which operated in Hartford from 1983 to 1989. He has served on Colchester’s Board of Selectmen, Board of Finance, Economic Development Commission, and Charter Adoption Commission. He has been a Notary Public and Justice of the Peace for many years. 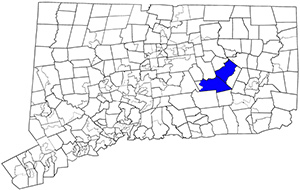