State Representative Edwin Vargas, Jr. was elected to the Connecticut General Assembly in 2012 to represent Hartford's 6th Assembly District in the House of Representatives.

Edwin Vargas, Jr. is a lifelong educator who has been active in political, civil rights, labor, civic and public policy circles. He was born in Brooklyn, N.Y. of Puerto Rican parents. Mr. Vargas was a teacher in the Hartford public schools for 35 years.

Mr. Vargas has served in numerous national leadership roles including: Acting Chair of the American Federation of Teachers (AFT) Human and Civil Rights Committee; member of the AFT’s K through 12 Program and Policy Committee; member of the National Democratic Party’s Credentials Committee with the late Gov. Ella Grasso and Public Policy Chair of the Washington, DC-based National Puerto Rican Coalition.

At the local and regional levels Mr. Vargas has served as Lead Teacher at the Hartford Adult School, President of the Greater Hartford Labor Council AFL-CIO, President of the Hartford Federation of Teachers, Vice President of AFT Connecticut and as Chair of the Hartford Democratic Town Committee. He has served on the board of the United Way and is actively involved with the Barry Square NRZ. Vargas has been a consultant and advisor to many governmental, business and nonprofit organizations including serving a five year term as official advisor to the Governor of Puerto Rico on issues affecting the US-based Puerto Rican community.

Most recently Mr. Vargas has served as a commissioner of planning and zoning for the City of Hartford, a position he held for over ten years.

Mr. Vargas is married to fellow educator Sylvia (Carrasquillo) Vargas who has served on the Civilian Police Review Board. They have two adult sons and four grandchildren.

Mr. Vargas completed a Bachelor of Science degree in Education and a Master’s degree in Public Administration at the University of Hartford. 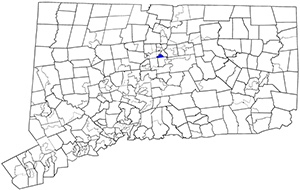