Rep. “Q”, a lifelong resident of Middletown who resides in Bretton Heights, takes great pride in championing equitable solutions for all and is the first African American to represent the City of Middletown in the Connecticut General Assembly.

Shortly after Q’s graduation from Bryant, he continued working in community banking in Hartford’s Northend. In 2012, “Q” embarked on a new professional career path in not-for-profit management and was named Executive Director of the Middletown Downtown Business District. As director for the DBD, he launched Middletown’s first Middletown Restaurant Week.

Quentin now serves Excellence Community Schools as their Director of Advocacy and Policy. In this role, he builds capacity and supports Excellence Community School families through advocacy, community organizing, and strategic partnering. "Q" is also the co-founder and former co-director of EquityCT, a nonprofit dedicated to creating learning opportunities, building actionable understanding of equity, and consciously dismantling systemic inequity through action and civic engagement. Furthering his career in education, Professor Q. joined the University of Hartford’s Interdisciplinary Studies (UIS) faculty as an adjunct professor teaching students a course entitled, “Leadership: Opportunities and Challenges”.

“Q” Phipps first served in Connecticut General Assembly in 2019 and was sworn-in for his second term in 2021. He served as City Treasurer in 2011 and re-elected in 2015. In 2007, Quentin was elected to the Planning & Zoning commission and in 2009 he was unanimously elected Chair of the Commission. 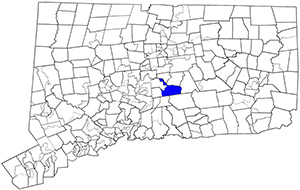