Sec. Merrill Comes to West Haven to Make the Case for Early Voting in Connecticut


I was thrilled to host Secretary Merrill as she kicks off her early voting tour of the state. Here in West Haven, we are passionate about our voting and have a pretty good voter turnout for a city of our size. Voting is a right, we should always be reviewing ways to remove barriers and make the right to vote more accessible. Research has shown that if we were to implement early voting, we would see an increase in turnout as voting becomes easier and more accessible and I hope we will see early voting in Connecticut soon.

Of the crowd of 150 individuals which consisted of all party affiliations most were in favor of the initiative and believed early voting would offer the positive impact of reducing the amount of issues and errors with absentee ballots. With the example by the Secretary of State that the early voting consist of three days prior to Election Day, the crowd expressed hope that Saturday would be included as part of early voting days to ensure that all would have easy access.

“This is an important step forward in not only increasing voter access and turn out but it should help eliminate some of the challenges we see with same day registration.” said Deborah Collins, West Haven’s City Clerk.

The resolution is currently before the General Assembly and since it would require a constitution change it would require a 75 percent favorable vote in both the House and the Senate in order to move forward. Typically bills would pass with a simple majority. If this resolution passes both chambers it will then go on the 2020 ballot in the form of a question to allow all residents to vote on it. Logistics of how many days early and how the program would work still need to be ironed out, but without a change to the Constitution, changes can’t be made.

Patricia Libero, chairwoman of the West Haven Republican Party said, “I believe those logistics need to be available to the public in order to make an informed decision, meaning cost to towns, security of early voting, protection against fraud, etc.”

Last month, Sec. Merrill announced her legislative proposals for 2019 which are focused on “modernizing elections, improving Election Day administration, increasing access to voter registration and voting, and strengthening election security.” “Early voting is the most important thing we can do this year to address long lines on Election Day and make voting easier for every Connecticut citizen. I’m fighting to make sure that every Connecticut citizen can conveniently register, and every registered voter can easily vote, and I’m glad to have the support of Representative Borer in this effort. Voters in 39 states already can vote before Election Day and Connecticut voters should be next,” said Connecticut Secretary of the State Denise Merrill. 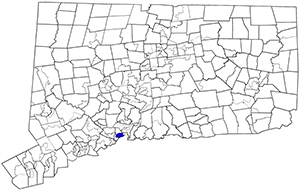