I am opposed to the Republican budget and its accompanying UConn cuts, which would be devastating to the UConn Avery Point campus.

The Republican budget will hit UConn with a combined cut of $309 million over the biennium, including $185 million for the Storrs and regional campuses.

The cuts will also include $124 million for UConn Health. UConn Health, which includes mental health services, sees more than a million patients a year, including 33,000 a year in its emergency room.

Students in Groton and Ledyard, along with those from Southeastern Connecticut, have attended UConn Avery Point for its excellent location and affordable price for 50 years now. These cuts within the Republican budget would result in major tuition increases, drastic cuts in financial aid, and would additionally result in cuts to staff and academic departments. All of these cuts will most certainly effect the quality of education at Avery Point and students will be the ones paying the ultimate price.

We need to invest in higher education and make it affordable for those who want to attend college. The Republican budget does not do this.

UConn President Student Herbst has also stated that the cuts would mean the closure of regional campuses.

On several occasions, Governor Malloy has stated that he would veto the Republican budget. Today, he had a press conference at UConn Avery Point to discuss how the cuts would impact the school.

I am thankful that the governor has vowed to veto the Republican budget as it is irresponsible, cruel, and ultimately hurts the working class. I hope that both parties can put party politics aside and work in a bipartisan manner to come up with a budget that helps families, provides our children with the resources they need to succeed, fairly distributes education funding, and protects vital services. 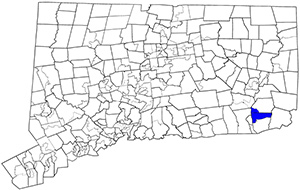