Sworn In For A Third Term 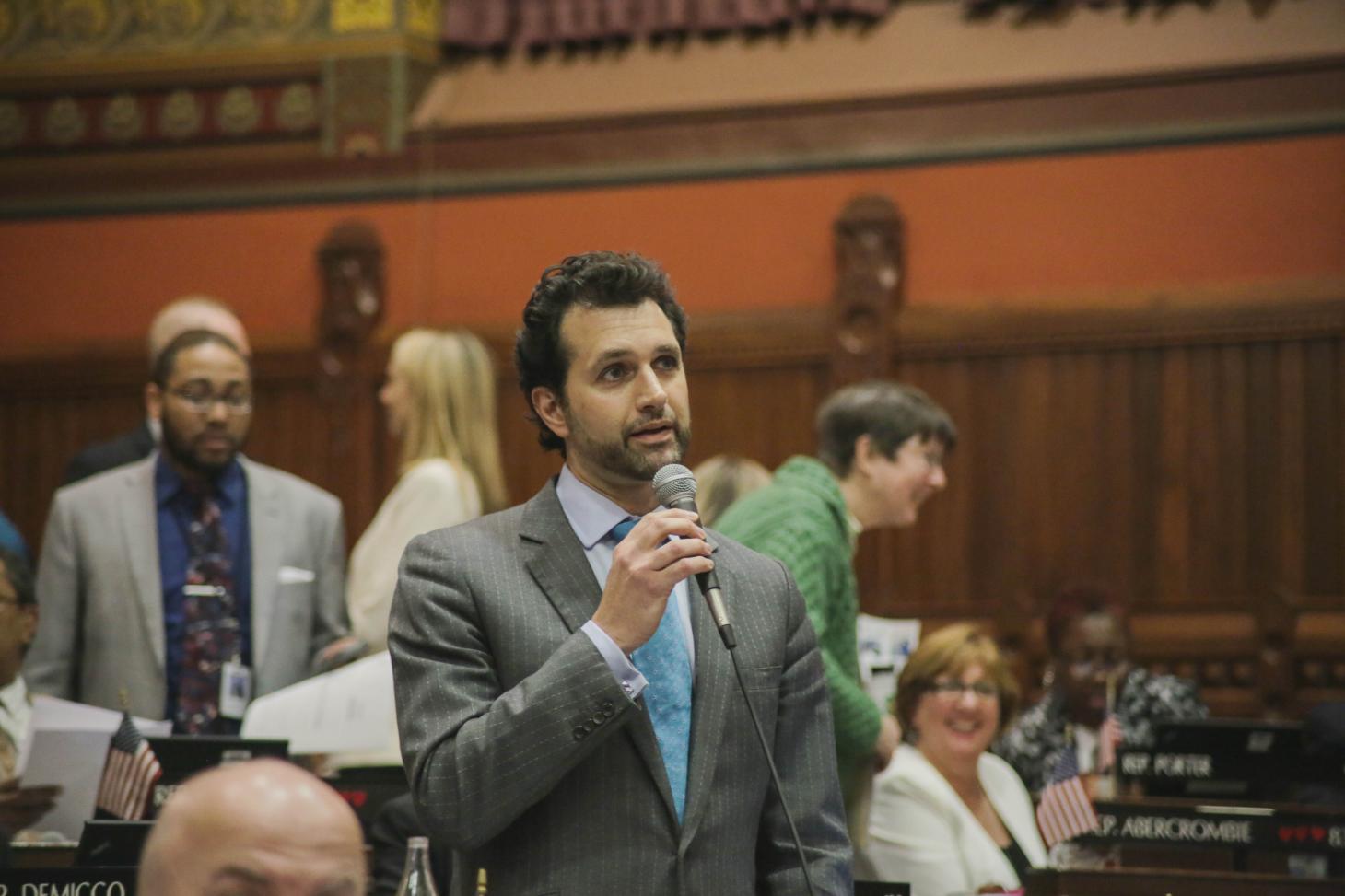 State Representative Mike D’Agostino (D-Hamden), re-elected to the Connecticut House of Representatives in November, was sworn on the convening of the 2017 General Assembly session to again represent the 91st Assembly District of Hamden.

Rep. D’Agostino will be serving his third term.

“It is always a humbling experience to take the oath of office on the opening day of a new General Assembly session,” Rep. D’Agostino said. “It is an honor to again serve the people of the 91st Assembly District and to be their voice here at the State Capitol.”