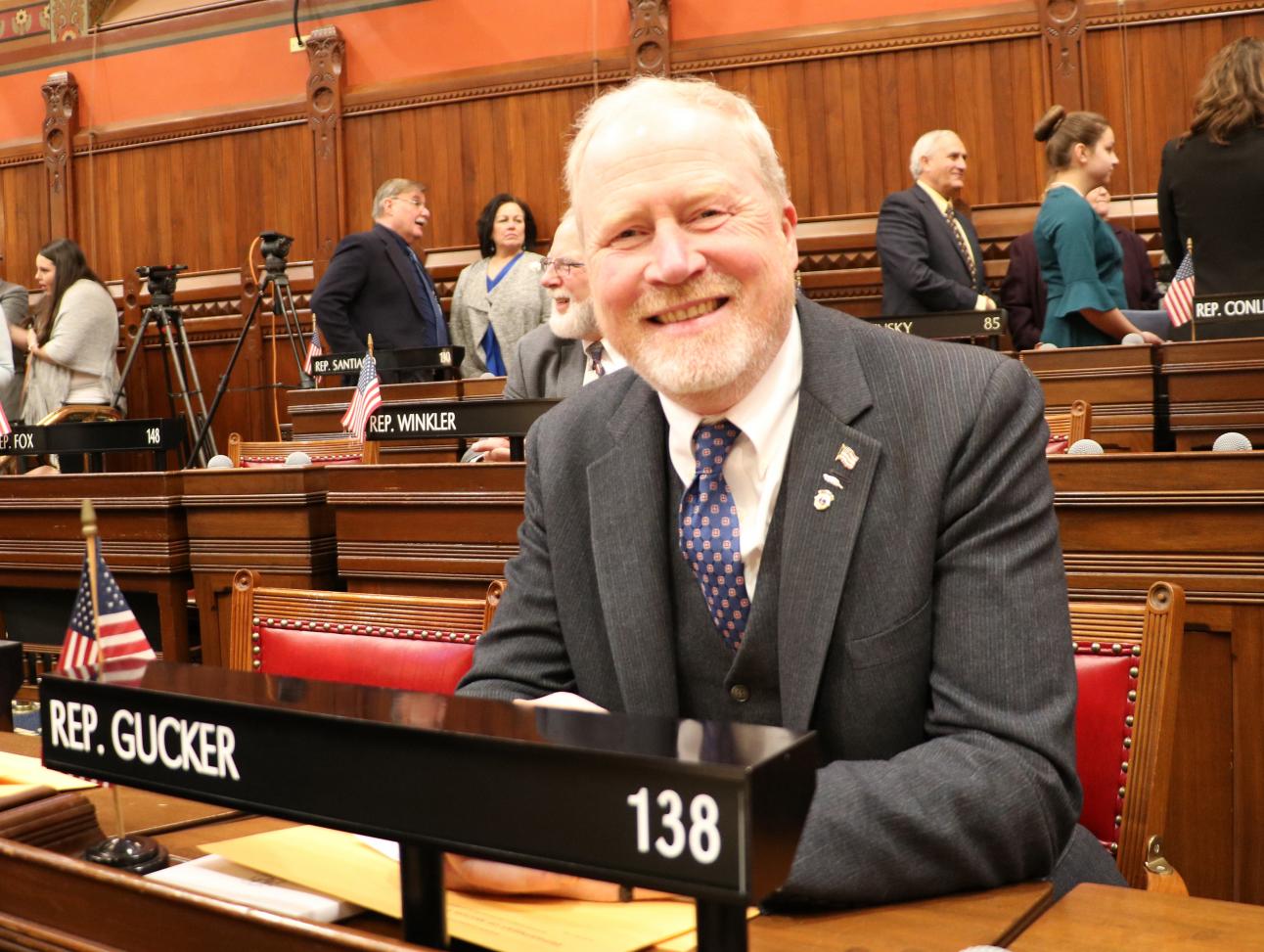 
Ken Gucker was sworn in as the State Representative from the 138th House District today at the State Capitol.

"It is an extraordinary honor to represent the people of Danbury, New Fairfield and Ridgefield in the General Assembly," Rep. Gucker said. “I plan to work very hard for my constituents. We have a lot of work ahead of us, and I am ready for challenge.”

A resident of Danbury for 30 years, Rep. Gucker was raised in New Fairfield where he attended and graduated from New Fairfield schools and Western Connecticut State University.

Speaker of the House Joe Aresimowicz said, “Western Connecticut is in Ken’s blood. He will fight for his constituents which is exactly what you want from your state representative.”

Active in land use, environmental, conservation and historic preservation issues in Danbury, Rep. Gucker was asked by Speaker Aresimowicz to serve on the Legislature’s Environment Committee and Planning and Development Committee.

Rep. Gucker is also a member of the Banks Committee.

The entire membership of the General Assembly was sworn into office at the State Capitol in Hartford during the opening day ceremony of the 2013 Legislative Session.