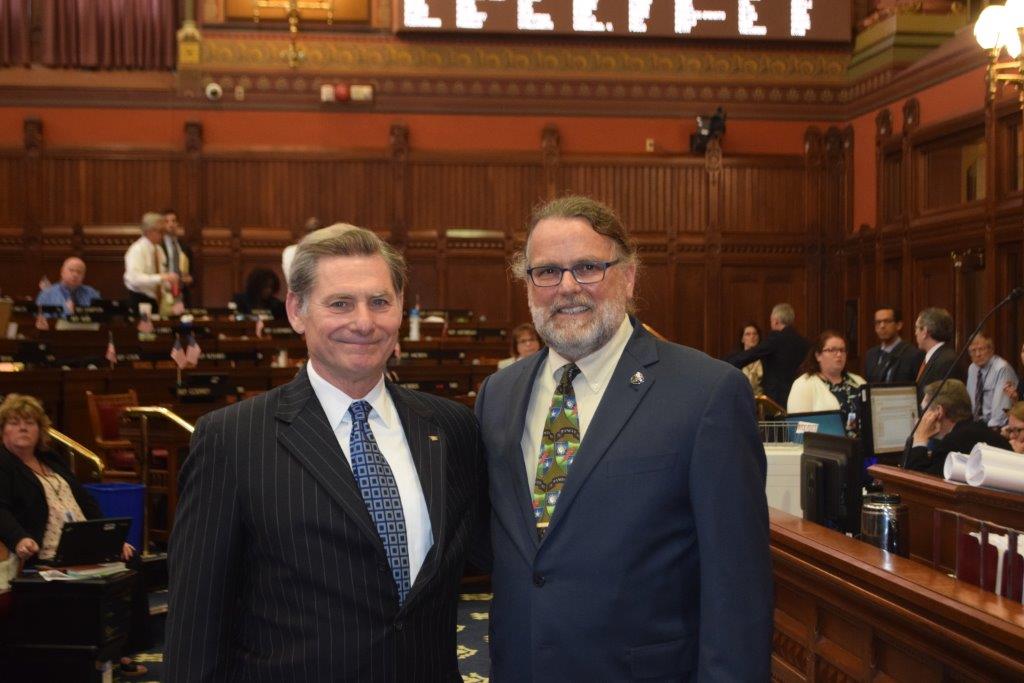 
I was honored to welcome retired Capt. Peter I. Wikul to the House Chambers today. Capt. Wikul was one of the longest-serving U.S. Navy SEALs in the program’s history and is also the co-founder of Mission Ready, Inc.

He has led a long and distinguished career in the military, one that earned him the title of “Bullfrog 13.” Capt. Wikul is the thirteenth U.S. Navy SEAL to be honored as the longest serving SEAL on active duty. He served for 39 years.

Born in Manhattan in 1952, Capt. Wikul enlisted in the Navy in May 1970. After volunteering for the Underwater Demolition Team/ Sea Air and Land program, he graduated from the UDTB Class 7102 – the last east coast UDT/SEAL training class.

Capt. Wikul served as the deputy commander for SOCSOUTH and commanding officer for SEAL Delivery Vehicle 2. He was the commanding officer and plank owner of the Kennedy Irregular Warfare Center, Office of Naval Intelligence in Washington, D.C.

He has been awarded the Defense Superior Service Medal, the Legion of Merit with gold star, and numerous other personal and campaign medals. In addition, Capt. Wikul shares the 1988 Nobel Peace Prize as one of the few United Nations Observers and Peacekeepers who served in Lebanon.