This passed only after 15 hours of debate. Yes, there was opposition, but I was proud to cast my vote in favor of this bill in order to help working families in my district and across the state of Connecticut. I am proud to push for economic equality for people of color. Raising the minimum wage is not only beneficial to the social justice fight we undertake, but it will also drive our economy forward.

It was five years ago in March that Connecticut passed a $10.10 hourly minimum wage to take effect by 2017. At the time, the current minimum wage was good compared to other states, but since then the pay for our private-sector workers has significantly lagged behind our neighboring states: Maine, Massachusetts, New York, Rhode Island and Vermont all have higher minimum wages than Connecticut.

Raising the minimum wage is going to benefit hundreds of thousands of people in Connecticut, especially people of color and working mothers. Through 2023, the pay increases going into the pocket of a full-time worker total more than $10,000.

That extra disposable income for each low-wage worker will go right back into the local and state economies, benefiting our communities and local businesses and producing more revenue for the state. A higher wage also will bring more dignity into the workplace. In the end, all of Connecticut will benefit.

To get this important legislation passed, however, we had to make some tough compromises – for now, that is.

The bill carves out a slightly lower wage for 16- and 17-year-old youths for the first 90 days of employment. After 90 days their wages would jump to minimum wage. In addition, the wages for workers who receive tips in bars and restaurants will not change, but the bill does require that we study the wages of tip earners to address concerns related to wage equity.

I’m thrilled about what we’ve been able to achieve but our work is not over. Next year we will continue to fight for wage increases for tip earners. More than 50 percent of these workers are women, who are Latinas, African Americans, moms and heads of households.

This disproportionate impact on gender and also people of color is killing the economy and causing undue hardship on working families. And you can rest assured that I'll continue to fight until we make it right.

This bill will now go to the Senate and then the Governor’s desk for approval.

And as always, you can contact me about any concerns or issues by calling 1-800-842-8267 or emailing me at Brandon.McGee@cga.ct.gov. To receive legislative updates please like my Official Facebook Page. 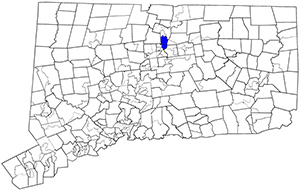