Fighting For The Policies Of Change


George Floyd's killing in Minneapolis has shaken the country to its core. We have been forced to face facts that make us uncomfortable, and deal with truths that contradict the myth that racism is a problem from history books.

And while Connecticut has been a leader in social and racial justice, we have seen the unjust killing of African Americans and minorities in our state. We are not immune to prejudice. We are not above injustice.

As Connecticut Democrats, we have taken major steps in Connecticut.  For years, in an effort to eradicate social inequities, House Democrats, and especially the legislative Black and Puerto Rican Caucus, have worked incredibly hard to advance the following policies:

Body Cameras
The legislature passed laws to provide cities and towns with funds for police body cameras. In this day and age, you have a camera on your phone and you can have a video doorbell, why should we expect any less of law enforcement – every police officer should wear a body camera and every police car should have a dash camera.

The pushback a couple of years ago was over money, but we solved that problem by providing grants. If we need to put more money behind the program, we should do so immediately.

Police Accountability
The law we approved last year narrows the instances when deadly force is justified, and:

Voting Reforms
Protecting the right to vote of every resident in the state of Connecticut, we are committed to expanding access to the ballot.

Black and Latino Studies
We modernized school curricula to include African-American and Latino studies in social studies.

Pretrial Justice Reform
Justice is not always colorblind. Minorities are more often remanded to custody, unable to make bail.  We limit the financial burden on those accused of many nonviolent crimes and banned many "cash-only" bail requirements

In addition, we have been leaders in juvenile justice reform. Working with the Juvenile Justice Policy and Oversight Committee and the new Improving Outcomes for Youth (IOYOUTH) Statewide Task Force, we are touching every facet of the state’s juvenile justice system to improve outcomes for young people.

There is still much more that needs to be done to address the issues of police accountability, transparency, and racial equity.

Specifically, we need to consider issues of training and accountability related to what leads up to the actual use of force incident. In addition, we are listening, learning and working closely with members of the Black and Puerto Rican Caucus and the Police Accountability Task Force on issues like:

Please reach out to me with your thoughts, ideas and concerns. We will continue to move forward in Connecticut, but we must all work together, listen, learn and be open to all ideas and perspectives. 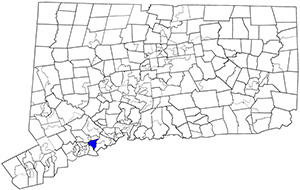