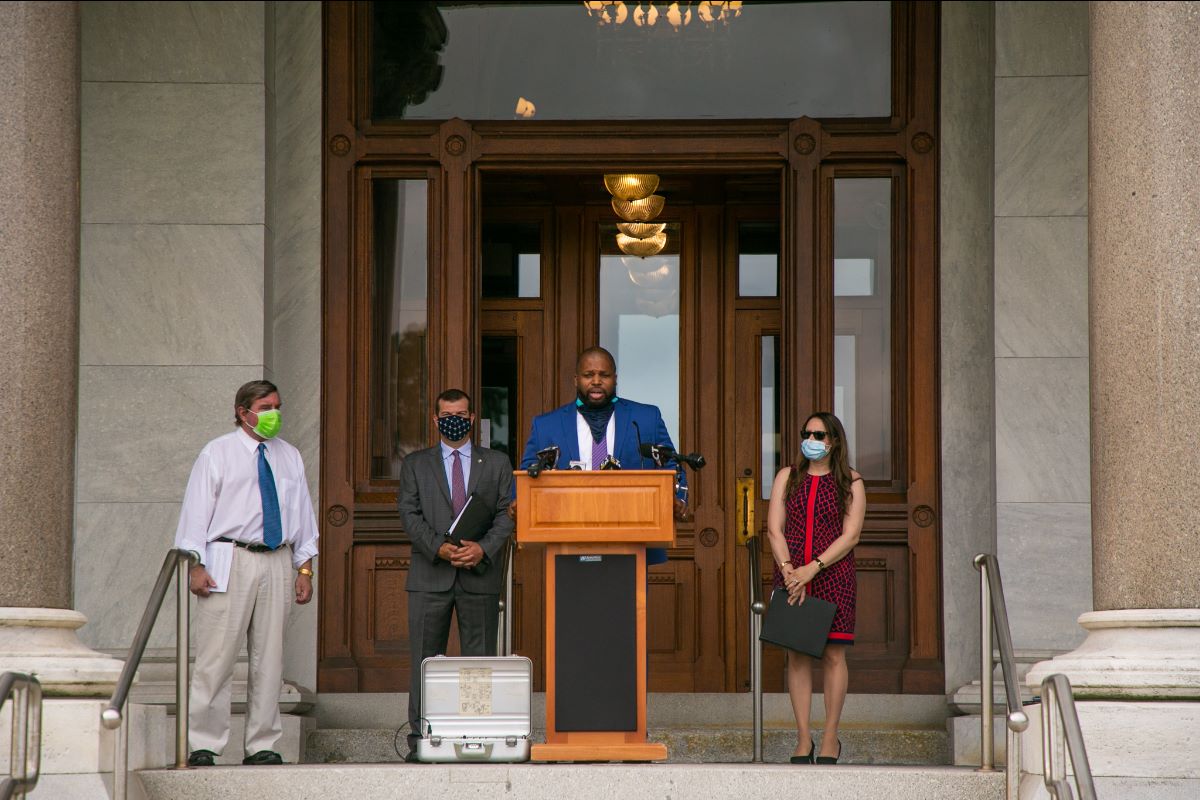 
Co-chairs and ranking members of the Committee on Judiciary stood outside the Capitol to announce LCO #3471 An Act Concerting Police Accountability (AACPA).

The bill spans over 60 pages and covers over 40 sections, all related to police accountability and transparency as we respond to this moment. It builds upon some of the work that was done in 2015, in 2017 and again last year to keep Connecticut at the forefront of reform.

AACPA now awaits a public hearing and if passed would enact the following provisions:

A draft of the bill can be accessed online by clicking here.