Michael DiMassa was elected to the Connecticut House of Representatives in November of 2016 to represent the 116th Assembly District of West Haven and New Haven.  He serves as Vice Chair of the Appropriations Committee and as a member of the Judiciary Committee and Executive & Legislative Nominations Committee.

He is a 2009 graduate of Notre Dame High School where he was awarded the “Man of the Year” title. Michael went on to further his education at Albertus Magnus College, graduating in 2013 at the top of his class, earning a Bachelor of Science Degree in Business and Leadership.

Michael pursued his passion for public service and interest in politics working as an assistant to the Mayor of West Haven until 2013 and then was appointed to the position of administrative aide to the West Haven Registrar of Voters.

Currently, DiMassa serves as a legislative aide to the West Haven City Council, as well as the Council’s Clerk.

In terms of community involvement, DiMassa has been a representative on the West Haven Democratic Town Committee on behalf of the 7th District of West Haven. He has strong ties to his home district serving his constituents locally since 2012.

Michael is honored to now serve them on the state level. Locally, Michael has been a member of the Board of Directors for the Columbus Day Parade Committee since 2011 and assisted organizations such as the Red Cross, Cystic Fibrosis Foundation, and the B.P.O.E. Lodge #1537.

DiMassa looks forward to serving all people the 116th Assembly District of West Haven and New Haven. His objective is to interact directly with his constituents, listening to their concerns, and voicing them at the State Capitol. 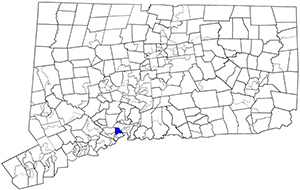