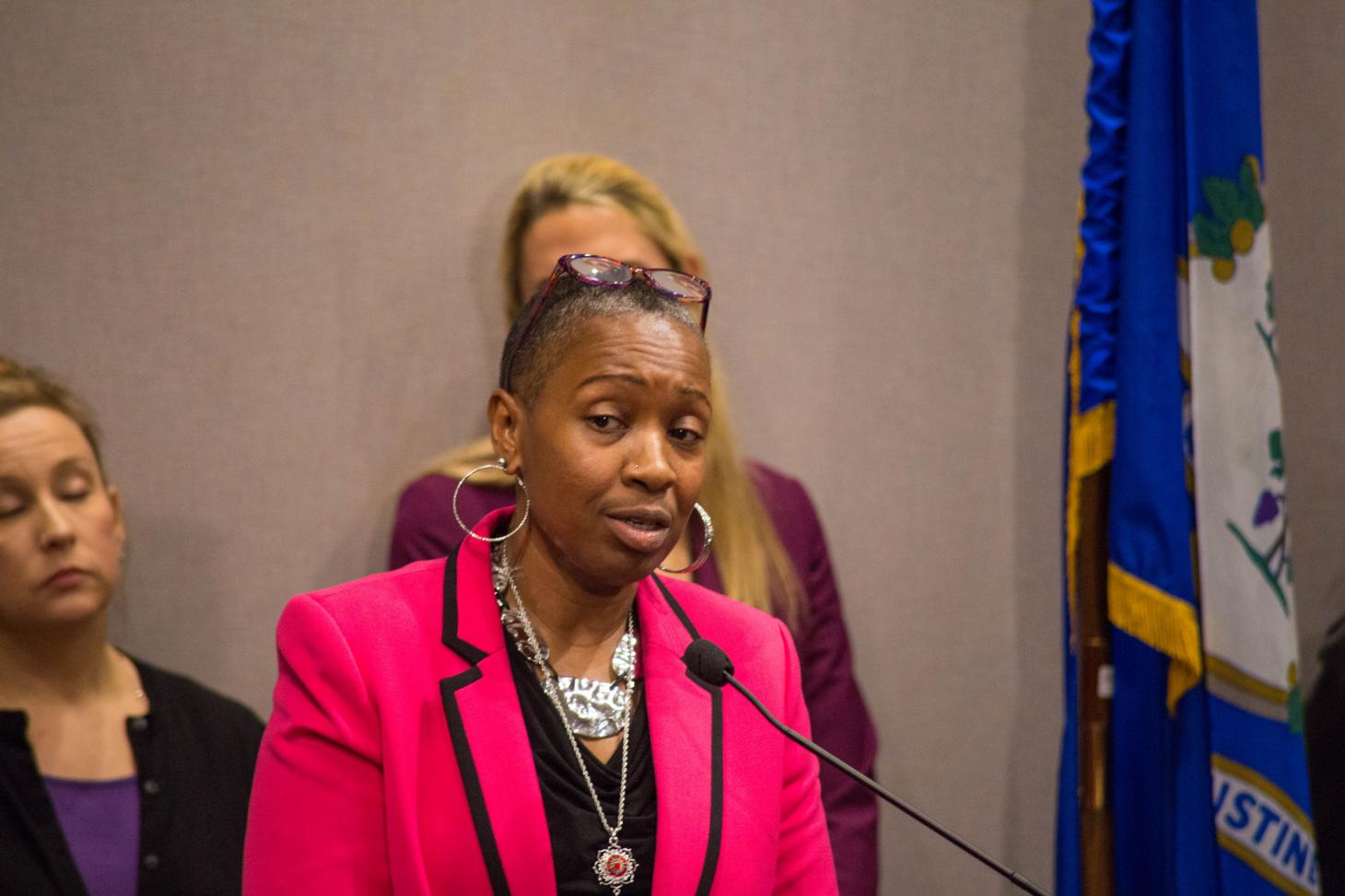 
After standing in solidarity with countless of people across the country for the second annual Women’s March, several of Connecticut’s female lawmakers and women’s health care advocates came together Jan. 22 to celebrate the 45th anniversary of the Roe v. Wade decision – one of the critical landmarks in women’s health in United States history. While remarking on this important decision that protects a woman’s right to choose, the lawmakers announced their intention to introduce several bills establishing protections for women’s health in Connecticut. These bills will be designed to defend against the ongoing attempts at the federal level to roll back women’s access to necessary health services.

While the landmark Roe v. Wade decision legalized abortion across the United States, state Rep. Robyn Porter said Connecticut needs to do more to ensure women have control and power over their bodies and not the government.

“Statistics show that black teens are twice as likely as the national average to have abortions; and black women, regardless of their age, are four times more likely to have an abortion. As Republicans continue their efforts to dismantle Roe v. Wade, we need to ensure all women have the power to choose when and if they are going to get pregnant. This starts with improving black women’s access to health services, health providers and sex education, and protecting their right to affordable birth control,” said Porter, D-New Haven.

The legislators announced their intention to introduce and support the passage of several bills enshrining the women’s health aspects of the federal Affordable Care Act (ACA) into law. The passage of these bills will ensure that Connecticut women do not have their health care affected by attempts in Washington, D.C. to repeal the ACA.

The legislators will introduce a bill ensuring that health insurance plans offered in Connecticut cover the “10 essential benefits” protected by the ACA. These benefits include outpatient care, as well as hospital care and trips to the emergency room, prenatal care and ongoing care for the baby throughout its childhood, prescription medicine, lab tests, as well as mental health and substance use disorder services.

Legislation introduced this session will allow Connecticut to join a growing list of states that protect women’s access to contraception and other preventative health services with no out-of-pocket cost. More than 746,000 women in Connecticut have gained access to birth control with no out-of-pocket costs. There have been multiple attempts at the federal level to roll back this benefit. This change can cost a woman up to $600 a year, making it unaffordable for those who are already struggling to make ends meet. Increasing these health care costs would worsen the health care disparity between poor, underserved communities and other, wealthier parts of the state, contributing to a higher rate of maternal mortality and other health complications.

Building on the ACA’s preventative coverage

Legislation will be introduced this year to ensure that people seeking health care advice about a pregnancy are not lied to or shamed by staff at “crisis pregnancy centers” seeking to further a political agenda. Crisis pregnancy centers are organizations that attempt to look like legitimate family planning clinics, while actually providing medically inaccurate, anti-choice information.  These centers target urban neighborhoods and other medically-underserved communities where people do not have access to a regular gynecologist.