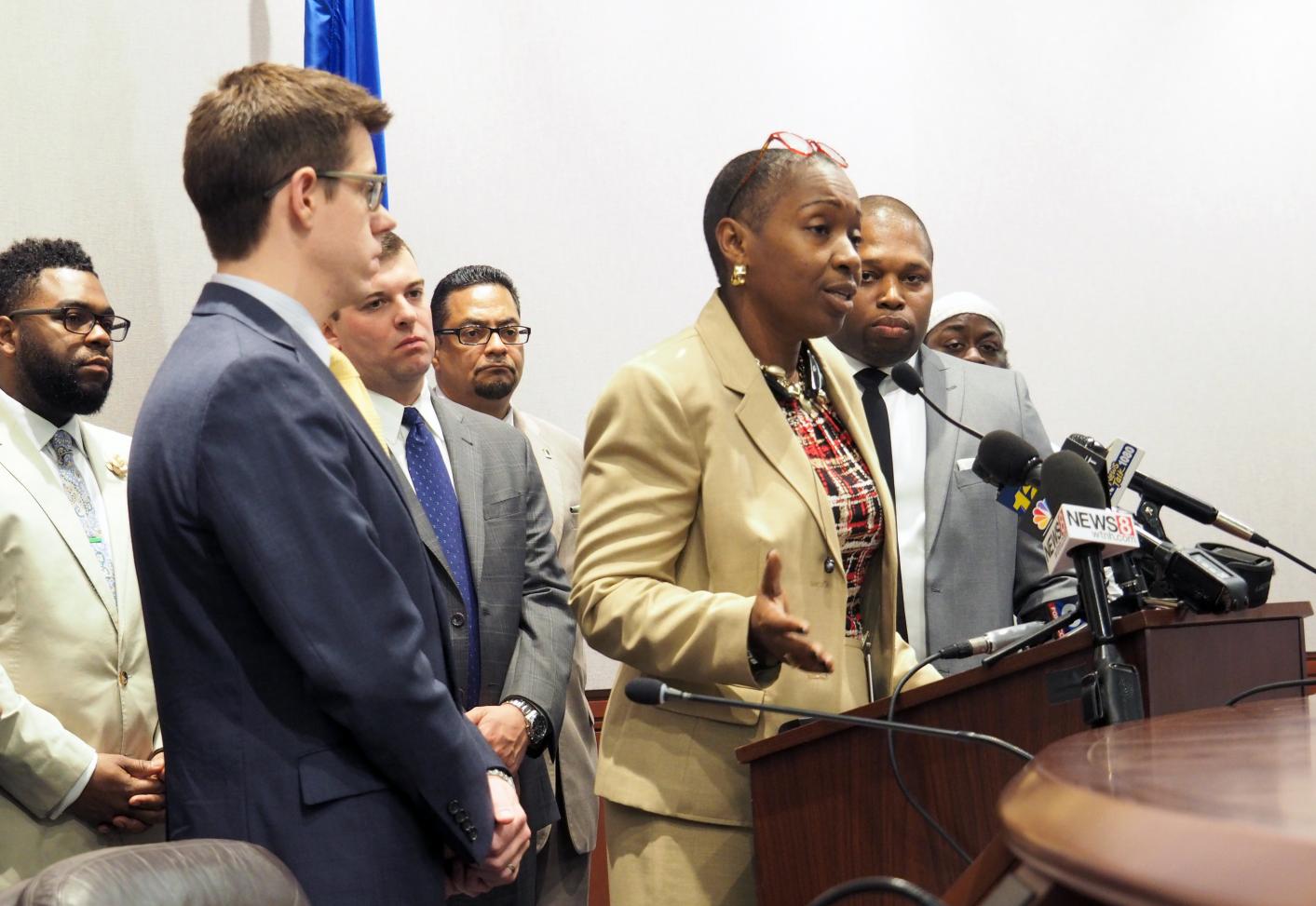 
In the wake of recent high-profile incidents in Connecticut, lawmakers are voicing their support for House Bill 6663, which aims to establish meaningful accountability for police officers who use excessive force.

The bill, which Porter introduced and sponsored, requires police departments to complete an investigation within a 15-day period. If the state’s Division of Criminal Justice determines the officer used excessive force, the officer would be placed on unpaid leave. If an officer is exonerated of all charges, the officer would be paid the full amount of all withheld pay.

The legislation would also immediately terminate any state or municipal police officer who is convicted of or pleads guilty to any crime related to the officer’s employment.

“Is a police department really in a rush to complete an investigation in a timely manner when an officer is assigned to paid desk duty? The community is outraged,” Porter said. “We need to heighten police accountability in communities that are being over-policed and under-protected.”

If passed, HB 6663 will increase government transparency and accountability.

“We want to make sure that the community feels safe and that police are able to do their job. In order to do that, we have to do our job and pass this legislation,” Winfield, vice chairman of the Judiciary Committee, said. “We have to ask ourselves, ‘Is everyone in this state protected, no matter what they look like?’ We have passed bills to put more police into communities, we call that community policing, but at the same time we’ve done nothing to increase police accountability. You cannot put police into the community with all the historical realities that we have, with the fear that’s in some of these communities, and not have accountability.”

While HB 6663 was first introduced in January, it has gained traction since last week’s fatal shooting. State legislators and community advocates are calling for the legislature to immediately strengthen its police accountability and transparency laws to dispel any concerns about due process.

“We will not be able to solve these difficult problems overnight, but we refuse to accept the idea that Connecticut is destined to repeat this cycle of fatal encounters with police and racial disparities in policing,” said David McGuire, executive director of the ACLU of Connecticut.

Porter said it is imperative for local police chiefs, union presidents, state officials and community advocates to work together to establish laws that uphold police department values while addressing the public’s safety concerns.

“I was not elected to solely represent the 94th District. I believe I was elected to represent the views of the entire state. If this bill is signed into law, it will affect all of Connecticut’s 169 cities and towns. I want all of our communities to be safe and for our officers to do their jobs safely,” Porter said.