Testifying for the Inclusion of African American Studies


I was proud to submit testimony to the Education Committee in Support of HB 7082, An Act Concerning the Inclusion of African American Studies in the Public School Curriculum:

Representative Sanchez, Senator McCrory and distinguished members of the Education Committee, thank you for the opportunity to testify in support of HB 7082, An Act Concerning the Inclusion of African-American Studies in the Public School Curriculum.

Black history is interwoven through the fabric of our society, and despite the significant contributions there is little taught about the impact Black lives have had on our society. Consistent exclusion has silenced the voices and contributions of people of color; that pervasive silence is why we are here today asking for this requirement. For all our children, it is time that we do better and truly teach American History. Black History is American History.

Our history books have been written by one group of people for one group of people. This has led to a version of history that does not tell the full story. Despite their significant contributions to our country, we often have a hard time naming the creations, inventions, and innovations that exist because of Black people. If we were to remove the contributions of Black people, we would not have:

While these examples range in their significance to our everyday lives, this is just a brief example of how different our history would look without the contributions of Black people. Despite these significant contributions, the history and experience of black people are often left out of the classroom, and when they are left out, it’s the traumatic and negative aspects of history that remain.

For me, as a black student in all white classrooms, I only saw my history represented when the Civil War was covered. One lesson a year. The only time my individual heritage mattered and it’s during a lesson that covers a truly horrific period of time. For Black students today, they may get the added lesson of the Civil Rights Movement. In both situations the common way of teaching the topic is often from the “problem perspective.” I.e. the Civil war was fought over slavery and the Civil Rights Movement is presented as something that happened and ended in the 60’s.

Perhaps this kind of teaching is why racism still persists. Too frequently when history is presented, it is not the injustice or inhumanity that caused “the problem” – rather that certain people were the problem. Black people too frequently are inadvertently cast as the problem, not the injustice. We need to teach from the perspective of how all people contributed to the growth and wealth of our country.

It’s nearly impossible to value something that you cannot recognize yourself as “a part of.” For me, my relationship with slavery beyond my skin color wasn’t clear until I learned about my family history from the Witness Stone Project in Guilford. Highlighting the places in town where enslaved people lived and worked, the Witness Stone Project introduced me to the fact that my relatives were here before there was an America. That discovery offered a new perspective not only on my family’s history, but on my true “ownership” and place in this country.

I want to stress that this is not simply an unfunded mandate that asks teachers who are already stretched too thin to create new curriculum. Rather, this is a requirement that when teaching we ensure we are focused on inclusion and true representation. Black History surrounds us; all you have to do is open your eyes.

This bill is for all our children of all diversities of White, Black, Asian, Latinx, - everyone. It’s time we offer our children a comprehensive and inclusive curriculum. It’s time that we hear the voices of all those who built America. Only when we have full representation, will we have true American History. Thank you for your time.

You can review additional written testimony for this bill here, or watch the Public Hearing here. 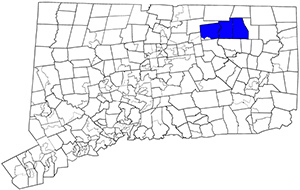