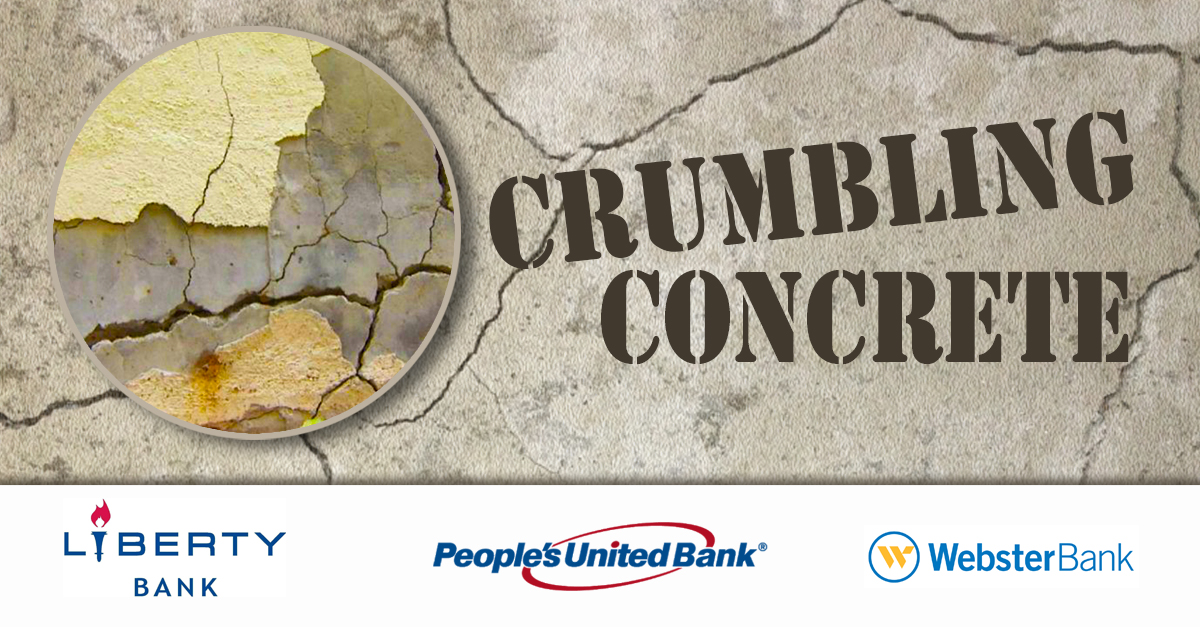 While condos are not currently included in this program, the CBA will be working directly with association leadership to develop a mirrored program that is tailored to their specific needs. They hope to have this operational in a matter of weeks.

Created by a new law passed in the General Assembly and later signed into law by Governor Lamont (Public Act 19-192), the Supplemental Collapsing Foundation Loan Program will provide additional financial assistance to homeowners who have already been approved by the Connecticut Foundation Solutions Indemnity Company Inc. (CFSIC).

While CFSIC funding can only be used for the costs of replacing the actual concrete foundations, the Supplemental Collapsing Foundation Loan Program will cover the repairs of other items that were destroyed as a result of shoddy foundation, such as outbuildings, replacement of wall framing, drywall, or porches.

As Acting Chair of the Banking Committee, Rep. Doucette led the negotiations and drafting of the legislation throughout the legislative session. “This program is the product of a tremendous collaborative effort between the Connecticut Bankers Association, CHFA, legislators on both sides of the aisle, and many others” said Rep. Doucette. “The team put in a lot of long hours working on this program, and I am pleased to see it come to fruition and start helping homeowners.”

Rep. Luxenberg introduced the original concept as a Proposed Bill at the beginning of the legislative session. “I’m grateful to Majority Leader Ritter, Rep. Currey and Rep. Doucette for working so effectively to help make our vision a reality,” said Rep. Luxenberg, the co-chair of the Crumbling Foundations Caucus. “This program will bridge the gap for many struggling home owners in Manchester’s north end and make the hope of financial stability possible again for our constituents.”

As one of the legislative leaders on crumbling foundations over many years, Rep. Currey was essential in getting all of the stakeholders to the table and led passage of the omnibus crumbling foundations bill (P.A. 19-192) on the floor of the House. He notes that this program will be expanded to include Condos in the near future. "I appreciate the success of the CT Bankers Association and CT Housing Finance Authority in developing this supplemental loan program to provide additional options to homeowners with crumbling concrete foundations," said Rep. Currey. "But we also cannot ignore the fact that these organizations will continue their partnership to develop a similar program tailored to the specific needs of condo associations. I look forward to seeing this new program come to fruition in the next few weeks."

Owners of residential buildings with crumbling foundations can learn more about the Program and how to apply for a loan by visiting chfa.org/homebuyers/supplemental-collapsing-foundations/ and by calling the participating lenders listed on the Program’s website.

Last month, Governor Lamont in his position as chairman of the State Bond Commission approved the next $20 million allocation for CFSIC. He has pledged to release the remaining $40 million in future meetings under the schedule authorized by state statute.