Brandon Chafee was elected to represent Middletown's 33rd district in the Connecticut House of Representatives in 2020. He currently serves as the House Vice Chair of the Planning & Development Committee and sits on the Enrionvment Committee.

Born and raised in Middletown, Brandon has long had a passion for both improving his community and how systems operate. A graduate of Central Connecticut State University, Brandon is a professional engineer who has worked to modernize Connecticut's electrical grid and infrastructure. His work as an engineer has made him particularly aware of the importance of updating and strengthening the state's roads, bridges, and other critical infrastructure.

Among Brandon's major priorities is ensuring Connecticut is a leader in both the fight against climate change and in the protection of our natural resources and outdoor spaces. Brandon is also passionate about reforming the state's health care system so that it runs more efficiently, and ensures healthcare is available to all.

Brandon is also a member of the International Brotherhood of Electrical Workers (IBEW), a union which represents the interests of hundreds of thousands of electrical workers across the globe.

Brandon and his wife Meghan live in Middletown with their dog Shasta and cat Neville. 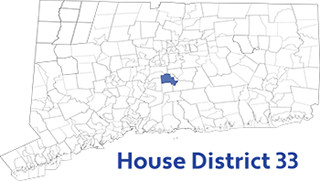