In 2012 Mike Demicco was elected to represent the 21st Assembly District of Farmington and Unionville in the General Assembly. Mike serves on the Environment Committee, the Public Health Committee, and the Energy & Technology Committee.

Prior to becoming a state representative, Mike worked at the Legislature's Public Safety & Security Committee and served on the Farmington Town Council. He also worked in the Commerce Committee, the Blue Ribbon Commission on Municipal Opportunities and Regional Efficiencies, and the Task Force on Law Enforcement’s Response to Family Violence.

Mike is a former high school and middle school history teacher, and was a stay-at-home father when his children were young. He served on the East Farms School P.T.O. Executive Board, was a library volunteer, and worked as a tutor in the Kindergarten Acceleration Program.

Mike earned a Bachelor of Arts Degree from Wesleyan University in Middletown in 1980, where he majored in the interdisciplinary College of Social Studies program (History, Economics, and Government).

Mike is a life-long Connecticut resident, and has lived in Farmington since 1991 with his wife Brenda. Mike and Brenda have two daughters: Emily and Katie. 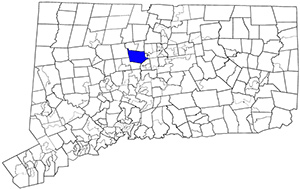