Jason Doucette is honored to represent Manchester and Glastonbury in the Connecticut House of Representatives District 13. He serves as Chair of the Banking Committee and is a member of the the Finance, Revenue, and Bonding Committee and the Judiciary Committee. Jason is an attorney with the firm of Gagliardi, Doucette & Geraghty.

Jason has a long record of civic and government involvement including serving on the Manchester Board of Directors (Town Council), Workforce Development Commission, Planning and Zoning Commission, Zoning Board of Appeals, School Modernization and Revitalization Committee (SMARTR 1), and Redevelopment Agency. He has also served as a law clerk intern for the House Majority Leader at the Connecticut General Assembly while attending law school.

Jason is a graduate of Washington University in St. Louis and University of Connecticut School of Law. He is a 3rd generation resident of Manchester where he currently resides with his wife Heather, son Edward (Teddy), and son Charlie. He has been an active volunteer with many organizations in the community including as a coach with Manchester Little League and as a past President of CAST Children’s Theatre, among others. 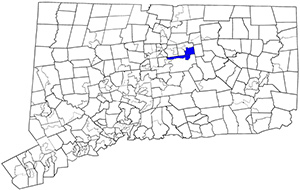