Bills on domestic violence, incarcerated women get final approval
The Connecticut Mirror – May 3, 2018
State Rep. Robyn Porter applauded the House's passage of a bill that would implement a broad strategy to reverse a longstanding philosophy of “dual arrests” effectively imposed on police departments by existing law.

Bills addressing victim arrests in domestic violence, treatment of female prisoners headed to gov
CTNewsJunkie – May 3, 2018
The state House of Representatives passed a bill that would require law enforcement to be trained to identify the primary aggressor in a domestic violence. State Rep. Robyn Porter said no victim should ever have to worry about being a victim when they call the police.

Progressives form a caucus, get ready to challenge opposing views
CTNewsJunkie – April 25, 2018
Thirty-one House Democrats formed a caucus and announced their intention to push a progressive agenda for social, economic, educational and criminal justice for all.

Pay equity sails through House
CTNewsJunkie – April 19, 2018
State Rep. Robyn Porter spearheaded House passage of House Bill 5386 which would strengthen pay equity legislation that has been on the books since 1963.

You can't be black while...
The New Haven Independent – April 18, 2018
State Rep. Robyn Porter held a panel discussion with National Geographic's Michael Fletcher on what it is like to be racially profiled during traffic stops.

Fiscal panel's formula for revitalizing CT provokes Democratic resistance
The Connecticut Mirror – March 23, 2018
During a public hearing on a report produced by the state's new fiscal stability panel, state Rep. Robyn Porter said it is vital to address the inequalities present in Connecticut.

The constant fear of driving while black
National Geographic – March 14, 2018
State Rep. Robyn Porter shares her experience of being racially profiled during a traffic stop.

The Stop: Racial profiling of drivers leaves legacy of anger and fear
The Undefeated – March 14, 2018
State Rep. Robyn Porter helps put a spotlight on what it's like to be racially profiled during a traffic stop, and the subtle and not so subtle effects such incidents have on families and communities that are suffering from some degree of urban trauma.

Female lawmakers push to protect women's health coverage
The New Haven Independent – March 1, 2018
State Rep. Robyn Porter joined a team of women legislators to advocate for a bill that would preserve in Connecticut the 10 benefits established by the federal Affordable Health Care Act’s passage in 2010.

Delegation pushes pay equity, $15 wage
The New Haven Independent – February 15, 2018
During the 2018 legislative session, state Rep. Robyn Porter and members of the New Haven legislative delegation will be advocating for pay equity and increasing the minimum wage to $15.

Porter challenges the Women's March
The New Haven Independent – January 21, 2018
During the second annual Women's March CT, state Rep. Robyn Porter challenged the crowd to examine its own actions toward black women and fight for issues that affect them.

Community college cuts blasted
New Haven Independent – September 20, 2017
Under the Republicans’ budget proposal, the Roberta Willis scholarship program that helps thousands of students would be eliminated. The scholarship program helps pay for the education of about 15,000 students statewide. State Rep. Robyn Porter blasted this proposal and said this will have a devastating effect on our students and will negatively impact freshman enrollment at state colleges and universities.

Connecticut still far from legalizing pot
Yale Daily News – September 19, 2017
While legalizing the use of recreational marijuana would generate significant revenue for the state, it will also help address some of Connecticut inequality concerns, state Rep. Robyn Porter said.

Connecticut bill that would help police buy body and dash cams moves to Senate
The New Haven Register – June 2, 2017
A bill that makes it easier for municipal police departments to access state funding for body and dash cameras has moved through the state House of Representatives for consideration by the Senate. State Rep. Robyn Porter, D-New Haven, said this legislation will not only help maintain safety for police officers and residents, but it will also restore public trust in law enforcement.

Video of teenager’s fatal shooting may contradict initial police account
The New York Times – May 16, 2017
State Rep. Robyn Porter advocates for a bill she wrote that would speed up the investigative process and suspend officers in many cases involving the use of excessive force.

Gender pay equity bill passes – minus key wage-history provision
The Connecticut Mirror – April 12, 2017
A measure to promote pay equity among men and women advanced April 12 in the House of Representatives.

New Connecticut law requiring guns be surrendered in restraining order cases takes effect Sunday
The New Haven Register – September 30, 2016
A new law will require a person to surrender their firearms if they are subject to a temporary restraining order. It further bars them from getting those guns back until there is a court hearing. State Rep. Robyn Porter, D-New Haven, said this law will ensure men and women won’t face the threat of gun violence in the most dangerous moments of their relationship. 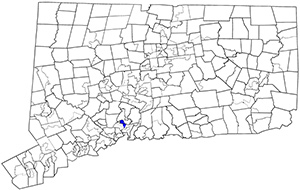