Representative Sean Scanlon is currently serving his fourth term and is the House chairman of the Finance, Revenue and Bonding committee.

The son of a police officer and small business owner, Sean learned the values of public service and hard work at a young age. After graduating from Guilford Public Schools and Boston College, he worked as a Victim Advocate in the Manhattan District Attorney's Office before joining the staff of Senator Chris Murphy in 2009.

During his first term, Sean led the legislature's effort to combat Connecticut's opioid epidemic and became a leading voice on issues of mental health and addiction. As a freshman legislator he worked to pass legislation requiring education for doctors and other prescribers on prescription drug abuse, cracked down on "doctor shopping" for prescription drugs, and allowed pharmacists to prescribe life-saving anti-overdose drugs like Narcan over the counter. In 2016 Sean wrote and sponsored legislation making Connecticut the second state in the nation to limit first-time opioid prescriptions to a seven day supply with exemptions for chronic pain as a way of reducing the number of unused and expired drugs in our communities.

In addition to serving as House chairman of the Finance Committee, Sean is a member of the Public Health committee. He lives in Guilford with his wife Meghan, son Jack and dog Delaney. 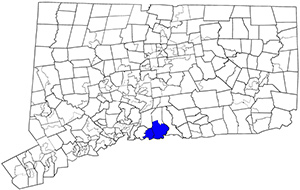