The Reverend Dr. C. L. Stallworth entered the preaching ministry at the early age of 16, as a junior in high school. He often preached in various churches as a young minister, learning, meeting, and further developing his love to see people reach their full potential.

Dr. Stallworth has served church congregations in Alabama, Tennessee, Iowa, and Connecticut. In addition to the church, Dr. Stallworth has served in academia, serving as professor at Des Moines Area Community College, Des Moines, Iowa; Selma University, Selma, Alabama; and presently adjunct professor at Hartford Seminary, Hartford, Connecticut. Dr. Stallworth has provided leadership in the baptist denominational arena, serving as President of the Iowa State Congress of Christian Education; President of Iowa State Convention; Vice-President and President of the Connecticut State Congress of Christian Education; and Moderator of the Issachar Association. Dr. Stallworth previously served the community as a Member of the East End Neighborhood Revitalization Association; Commissioner on the Bridgeport Board of Police Commissioners; and President of the Interdenominational Ministerial Alliance of Greater Bridgeport and Vicinity.

Presently, Dr. Stallworth serves as Senior Pastor of the East End Baptist Tabernacle Church, Bridgeport, Connecticut. The East End Baptist Tabernacle Church continues to grow, reaching across cultural, generational, and racial barriers. Under Dr. Stallworth's leadership, the church continues to focus on making the community a better place, so that the impact felt by the larger community will be intentional and long-lived.

Dr. Stallworth has been selected multiple times as one of the "100 Most Influential African Americans" in the State of Connecticut.

Dr. Stallworth is an author, writing a devotional series, Before You Give Up, Consider These Things, with the first book having been released in 2016. 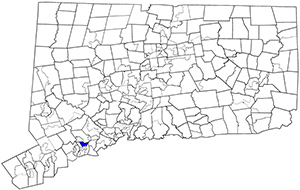