The bipartisan two-year budget was easily updated in a bipartisan fashion. The $2 billion in unpredicted income allowed us to put over $750 million in the rainy day fund, restore education funding for towns, maintain the Medicare Savings Plan for seniors and the disabled, and restore basic medical care for poor children.

Predictions of Connecticut’s demise proved incorrect. Pratt and Whitney, Electric Boat, Sikorsky and Infosys are hiring tens of thousands of workers and doubling the value of their contracts with Connecticut’s smaller manufacturers. Now we’ll train Connecticut’s citizens to qualify for these new highly-paid jobs through apprenticeships offered by industry, labor unions and state high schools and colleges. Contact my office for additional information.

The legislature passed, and the Governor signed, valuable legislation which I initiated or co-sponsored and you’ll read about in this publication.  More work remains to be done on minimum wage, net neutrality and clean power. Your ideas are welcome.

Connecticut is climbing back and doing it with job creation. Manufacturing and new technologies are spurring job creation and small business growth across the state.

Small businesses are the backbone of our economy. To simplify bookkeeping and reduce taxes, we exempted equipment worth less than $250 that has been owned by the business for more than 10 years from property taxes.

To speed up commercial permit applications, we passed legislation that requires DEEP to meet with businesses that request it for a “pre-application” meeting. Hopefully this process will help ensure the businesses are more successful in receiving the necessary permits in a more timely fashion.

Fighting The Rising Costs Of Healthcare

Recognizing that prescription drug prices are the number one driver of rising healthcare costs, we passed legislation to hold pharmaceutical companies accountable by increasing transparency. This landmark legislation creates a mechanism by which Pharmacy Benefit Managers (PBMs) must report information about drug formulary rebates to the Department of Insurance. Health carriers must also certify that they account for these rebates when calculating insurance plan premiums. Additionally, health carriers must submit information to the Commissioner of the Department of Insurance as to which drugs are most frequently prescribed and which are provided at the greatest cost to the consumer. This information will be used in a report which will lead to more transparency when it comes to the ever-rising cost of prescription drugs.

Many Connecticut residents struggle to pay their insurance premiums or afford essential prescription medication. Other states have looked into creating a Medicaid Public Option for those individuals who are not eligible for Medicaid currently, but are nonetheless in need of assistance when it comes to healthcare costs. We passed a bill to study this public option. The Comptroller and the Office of Health Strategy are tasked with making recommendations on the feasibility of such a program to the Health Care Cabinet.

Another bill we passed allows pregnant women to enroll in a health insurance plan outside of the open enrollment period. Under this legislation, they can enroll within thirty days of a doctor or physician officially telling them they are pregnant. The United States has the highest infant mortality rate among all developed nations, and the average cost for a premature birth is $55,000. By allowing pregnant women to enroll at any time of year, this policy change will lessen the financial burden and stress for those without coverage who find themselves pregnant. 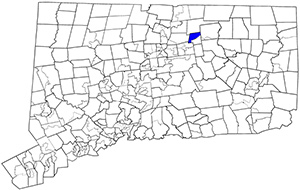