Christopher Ziogas is in his second term in the Connecticut House of Representatives representing the 79th Assembly District of Bristol. He is the Majority Whip at Large and sits on the Higher Education and Employment Advancement, Transportation and Legislative Regulation Review Committees.

A veteran of local public service, he is a former two-term member of Bristol’s City Council, has served as a member of the Board of Finance and as Chairman of the Democratic Town Committee in Bristol.

A graduate of Fairfield University with a Bachelor’s Degree in Psychology, Christopher later earned a Law Degree from Western New England School of Law passing the bar in 1983.

Ziogas is a Certified Financial Planner (CFP) and owns a financial planning business in Bristol. He has two daughters, Angela who works in finance in Farmington and Michelle who is a librarian in Philadelphia. 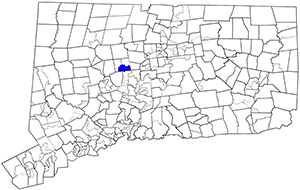