“Sikorsky Aircraft has called Connecticut its home for decades, and I am very happy that we have an agreement that will keep one of the state’s major manufacturers in the state for many more years,” Genga said.

Combined with programs and other measures the legislature has approved for supporting education and training for high-tech manufacturing, the agreement will grow Sikorsky’s full time employment in Connecticut to more than 8,000 jobs, Genga said.

“There are literally dozens of businesses in East Hartford and surrounding towns whose futures are directly connected to the success of Sikorsky in Connecticut. By approving this agreement we will keep our state moving forward. Let’s keep East Hartford on course,” Genga said.

The helicopter giant will be eligible for financial incentives in exchange for building nearly 200 CH-53K King Stallion helicopters in Connecticut. The incentives, worth up to $220 million, include exemption from sales and use taxes and annual grants during the term of the deal.

In turn, Sikorsky and Lockheed will keep its HQ and primary manufacturing in the state, retain and expand its full-time staff, increase capital spending and give top priority to its Connecticut-based suppliers. Positive impacts to Connecticut’s jobs market include:

The deal was approved in a Special Session today by the General Assembly. For more information click on the following links: Summary of Agreement | CH-53K Stallion Helicopter Details Brochure 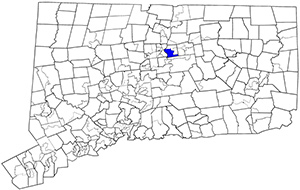