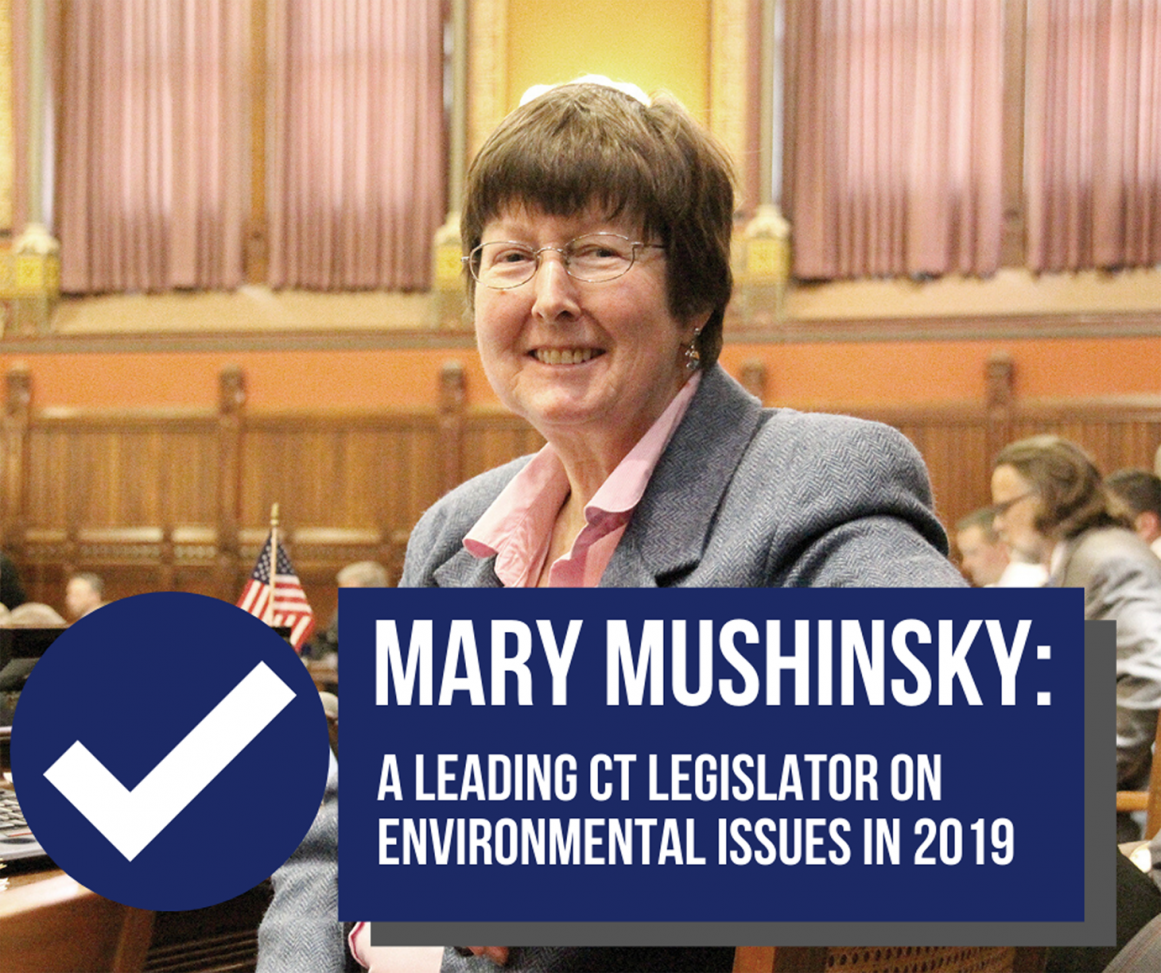 
The Connecticut League of Conservation Voters (CT LCV) has named State Representative Mary Mushinsky (D-Wallingford) a 2019 Environmental Champion and graded her at a 100 percent for her voting record on environmental issues during the 2019 legislative session.

This honor comes several weeks after the Connecticut Women’s Hall of Fame announced Rep. Mushinsky as a 2019 honoree for her decades of environmental advocacy in the state legislature.

“The League of Conservation Voters has been on the frontlines of forward-thinking environmental policy in our state and I’m thankful for their support,” says Rep. Mushinsky. “Wins like the State Water Plan took years of work and would not have happened without their help. I look forward to their continued advocacy efforts next session.”

47 state lawmakers received a perfect score in 2019 and only 16 of which received the Environmental Champion distinction this year.

“A longtime environmental champion and one of our greatest allies, Rep. Mushinsky once again proved to be a vocal proponent for modernizing our state’s landmark Bottle Bill (HB 7294),” reads the 2019 CT LCV Scorecard. “She delivered an impassioned speech on the House floor about the program’s importance, and was also key to passing the State Water Plan (HJ 171).”

The CT LCV’s criteria focused on over 20 pieces of legislation introduced in the spring, which can be accessed alongside a full list of legislator scores on their website.