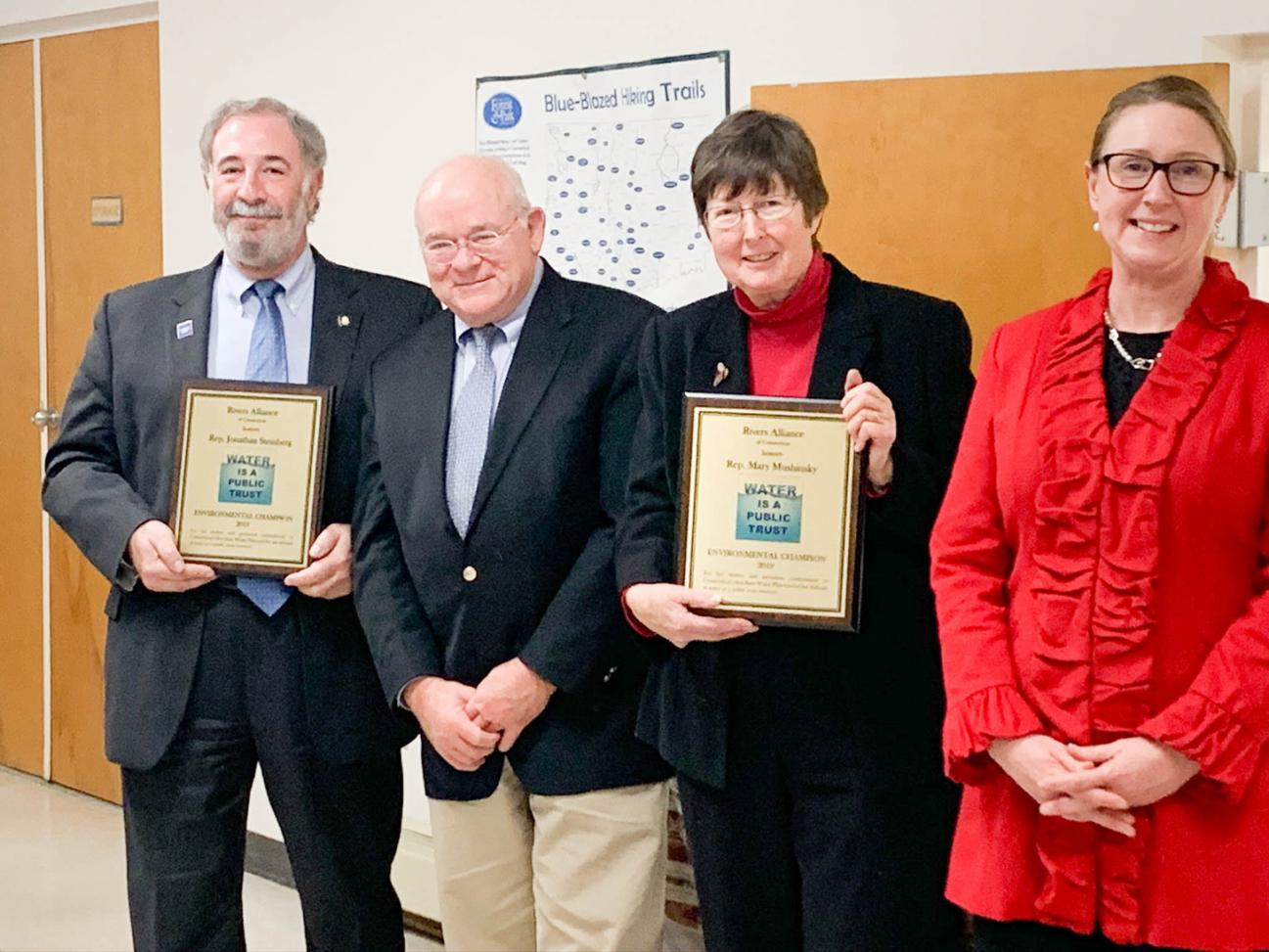 “I am humbled by this recognition and grateful to the Rivers Alliance for their commitment to preserving our bodies of water,” says Rep. Mushinsky. “Access to quality drinking water and good water quality in our rivers and streams must be treated as a basic human right for residents across our state if Connecticut wants to become a truly equitable place to live.” The legislators were honored for their commitment to finally win passage of the State Water Plan.

“Rep. Mushinsky has often been described as the ‘Godmother of Water’ here in Connecticut,” reads the Alliance’s web post about the event. “She has been a representative of the 85th District in the town of Wallingford since 1980 and has long been known as a stalwart for the environment, particularly on water issues. She has served on the Environment Committee for many years and also served as the committee’s Co-Chair.”

The recognition follows several other major awards Rep. Mushinsky has received this year for her work on environmental policy, including an honoree designation during the 2019 Connecticut Women’s Hall of Fame as well as a perfect voting and the title of 2019 Environmental Champion through the League of Conservation Voters of Connecticut.