As reported by CT NewsJunkie, "if approved by the legislature, the resolutions would send ballot questions to Connecticut voters asking for greater flexibility to change state election laws. One resolution applies to laws on no-excuse absentee voting. The other regards laws on early voting." 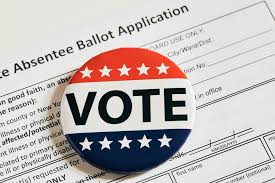 Rep. Matt Blumenthal, D-Stamford, said it was up to voters to decide whether the (constitutional) amendment would pass and it would be up to them whether to re-elect legislators if they ultimately voted to change election laws.