Speaker of the House Matt Ritter announced that the House of Representatives will be acting on legislation that sets the stage to allow for early voting and no-excuse absentee ballots in Connecticut in order to increase voter participation in our elections.

Currently in person voting is limited to Election Day and voters need to list a specific reason when applying for an absentee ballot.

"Making voting more accessible and making our democracy more democratic is an ongoing challenge that is always worth fighting for," Speaker Ritter said. "The more people who vote, the healthier our democracy. We are taking an important step to buck the current nationwide trend of voter suppression." 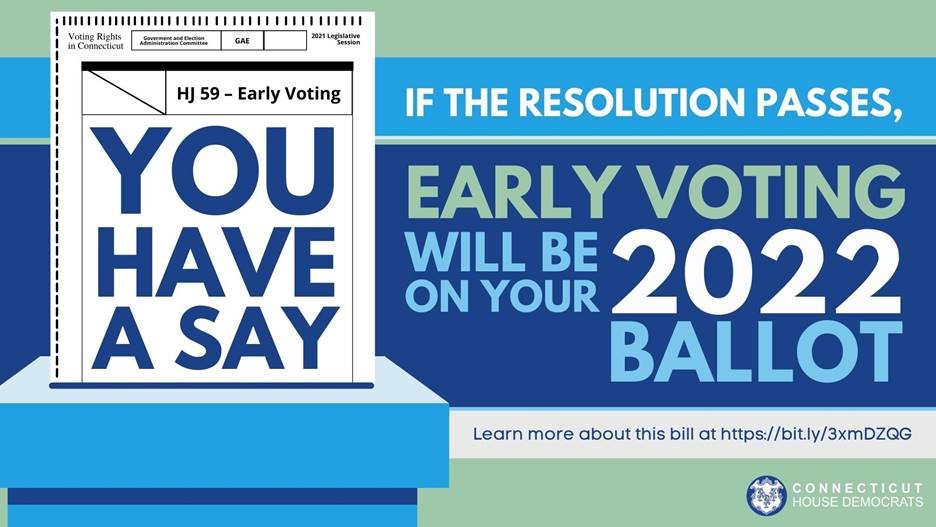 "The early voting and absentee balloting resolutions put forth this session are vital in expanding access to the right to vote," said House Majority Leader Jason Rojas (D – East Hartford, Manchester). "Our democracy is stronger when more people can participate in it. With a majority of voters supporting these measures, we have an obligation to break this steady habit and give Connecticut voters the opportunity to amend our constitution to bring our voting laws into the 21st century."

Currently, 44 states allow voters to cast a ballot prior to Election Day, and 34 states permit voting via absentee without offering an excuse. 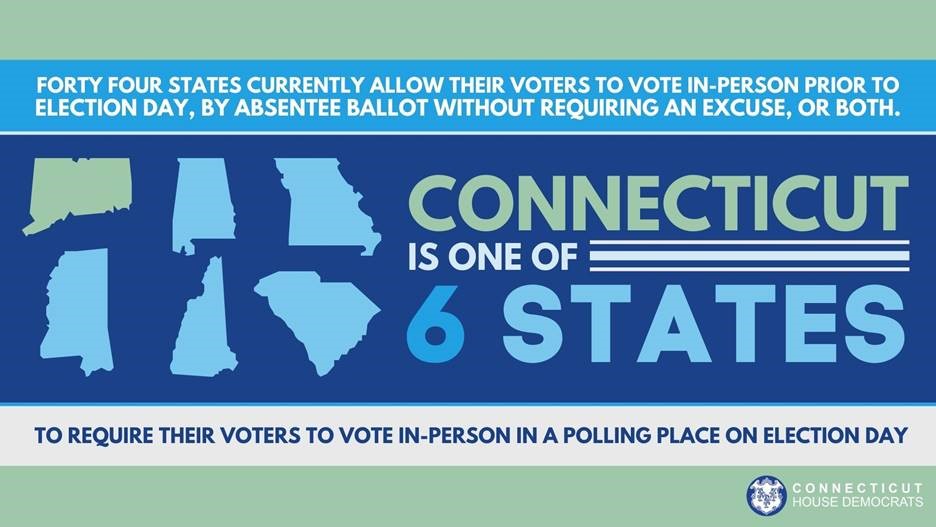 “Early voting and no-excuse absentee voting is critical for increasing civic engagement, which is the cornerstone of our democracy," said State Rep. Dan Fox (D-Stamford), House Chair of the Elections Committee. "These two resolutions will remove barriers to the electoral process ensuring every voter has the opportunity to exercise this fundamental right, regardless of their personal and work schedules.”

In a near unanimous bipartisan vote, the legislature expanded absentee voting in 2020 to include concern from the “sickness of COVID” as a reason for using an absentee ballot. In addition, Connecticut was one of 10 states that mailed every voter an absentee ballot application last year. 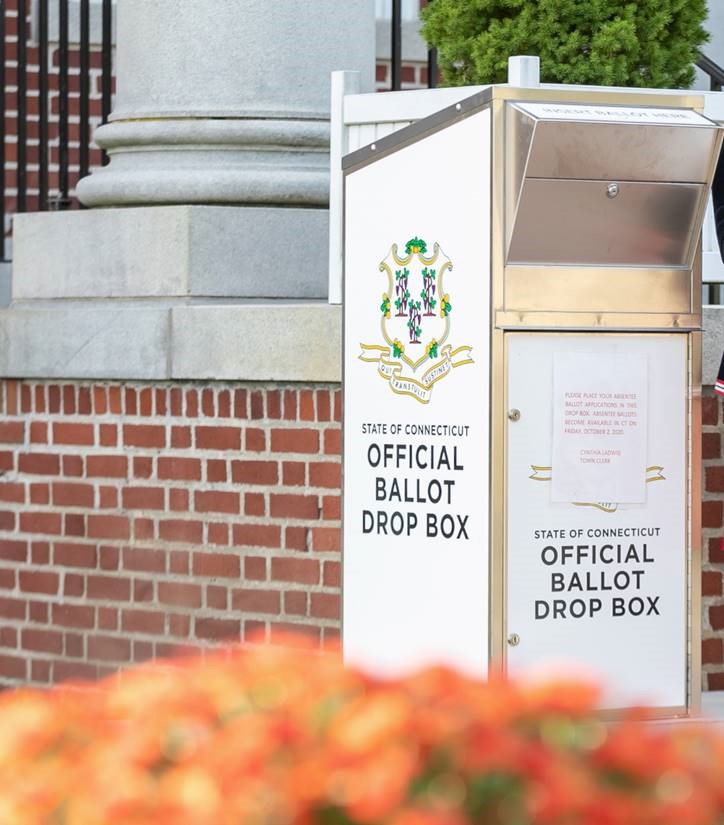 “Connecticut will take a significant step to join the 44 states - red states, blue states, and purple states - that allow their voters to conveniently cast their ballots prior to Election Day, by Early Voting, universal access to absentee ballots, or both," said CT Secretary of the State Denise Merrill. "It is long past time that Connecticut voters had the same opportunity to make their voices heard."

According to the Secretary of the State's office, about 35% of all ballots cast in 2020 were by absentee, and the State Elections Enforcement Commission received no complaints alleging voter fraud. 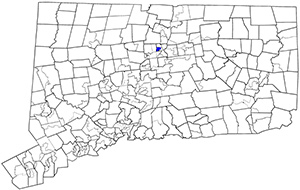