I was proud to lead passage of legislation in the Connecticut House of Representatives that would strengthen protections for domestic violence victims and survivors. Among other things, this bill would expand the definition of domestic violence to include coercive control.

Coercive control is a pattern of behavior that can use threatening, intimidation, or exploitation to trap individuals in abusive relationships. 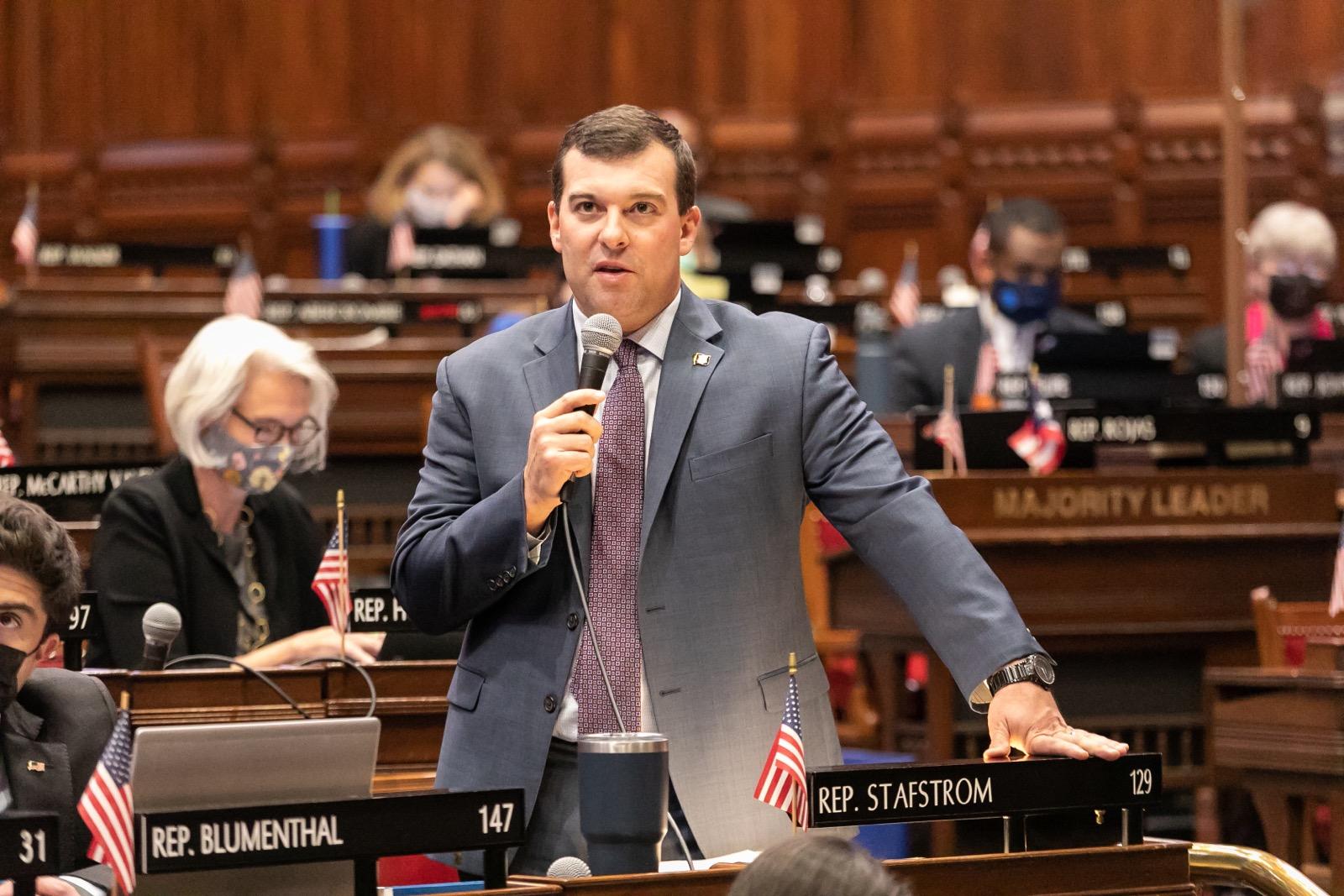 This expanded definition recognizes intimate partner violence can be more than physical abuse – it can take shape as emotional, psychological and sexual abuse. This bill will help make the process of filing for restraining orders, divorce, child custody, and other family court matters easier for victims and survivors. It would also create a new legal aid program to provide legal representation for victims and survivors of domestic violence.

Though seemingly small, these changes can help save lives by offering more positive outcomes to individuals trapped in abusive relationships.

The bill now goes to Governor Lamont for his signature. If signed, Connecticut would join California and Hawaii as states that recognize non-physical abuse as a form of domestic violence.