Bipartisan legislation will greatly benefit student athletes in our state by allowing them to profit off their name, image, and likeness (NIL).

Similar legislation has been passed in 18 other states around the country as the landscape of college sports athletics has shifted significantly over the last several decades – resulting in a need to modernize the standards for student athletes, especially when it comes to cashing in on their fame.

This bill (HB 6402, Sec.14) not only offers a recruiting advantage to the college sports programs in our state, but it is the right thing to do. College athletes work tirelessly to perfect their craft on the field while keeping up with their academic responsibilities. It is only fair that they are allowed to financially benefit from their image and likeness.

House Majority Leader Jason Rojas said, “This would allow athletes who attend an institution of higher education here in Connecticut to sign with an agent and begin to negotiate the use of their image or their likeness or their name on commercial products and for commercial uses, and generate income." 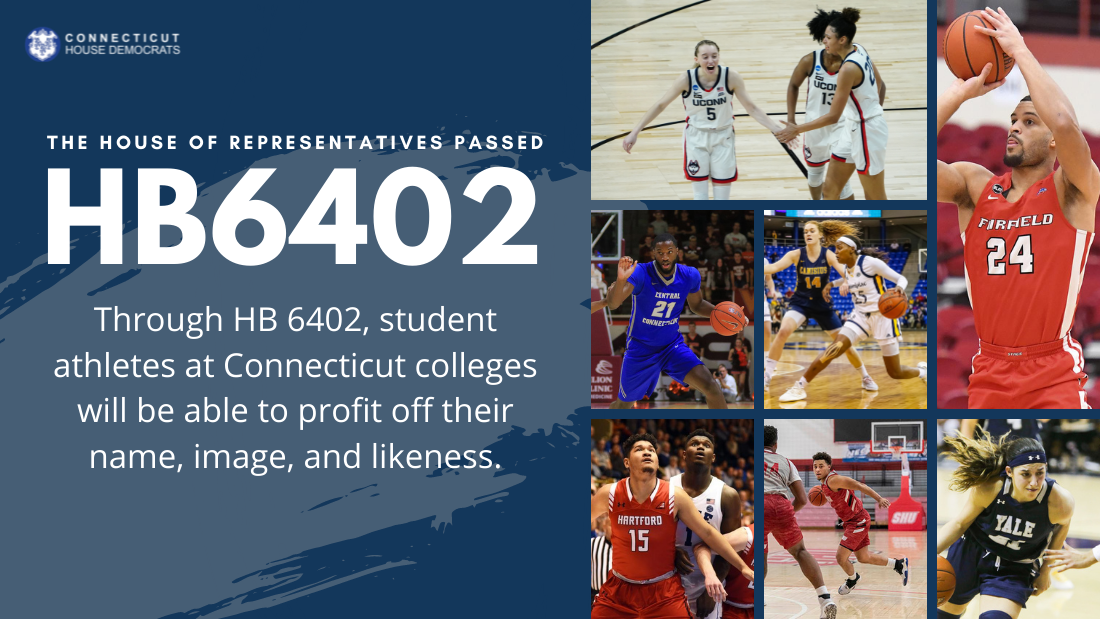 There was concern that without this legislation that some athletes may potentially forgo Connecticut schools such as UConn for colleges in other states if they could make money there.

UConn asked for the new legislation, and officials believe it will benefit Husky athletics.

“The tremendous following we enjoy, the national exposure we have, the amount of times that UConn pops up in media and social media, our players do benefit from that,” Geno Auriemma told the Hartford Courant. “There are opportunities that would exist here that would be significantly greater than they would be at any other place, or certainly most places.”

You can read the Hartford Courant article on this issue here.