According to the Federal Reserve, 542,300 Connecticut student loan borrowers have about $19.7 billion in student debt. The average debt was $35,853, according to data from the Institute for College Access & Success, putting Connecticut as the fifth-highest state regarding average student loan debt.

The legislation (SB 250) proposed by Democrats creates a loan reimbursement program for who attended a Connecticut state college or university. The program would pay $5,000 of a participating borrower's loan each year they are in the program for up to five years. Borrowers must meet eligibility requirements including residing in Connecticut for five consecutive years, working for at least two years, and completing 100 hours of volunteer service annually, among others. 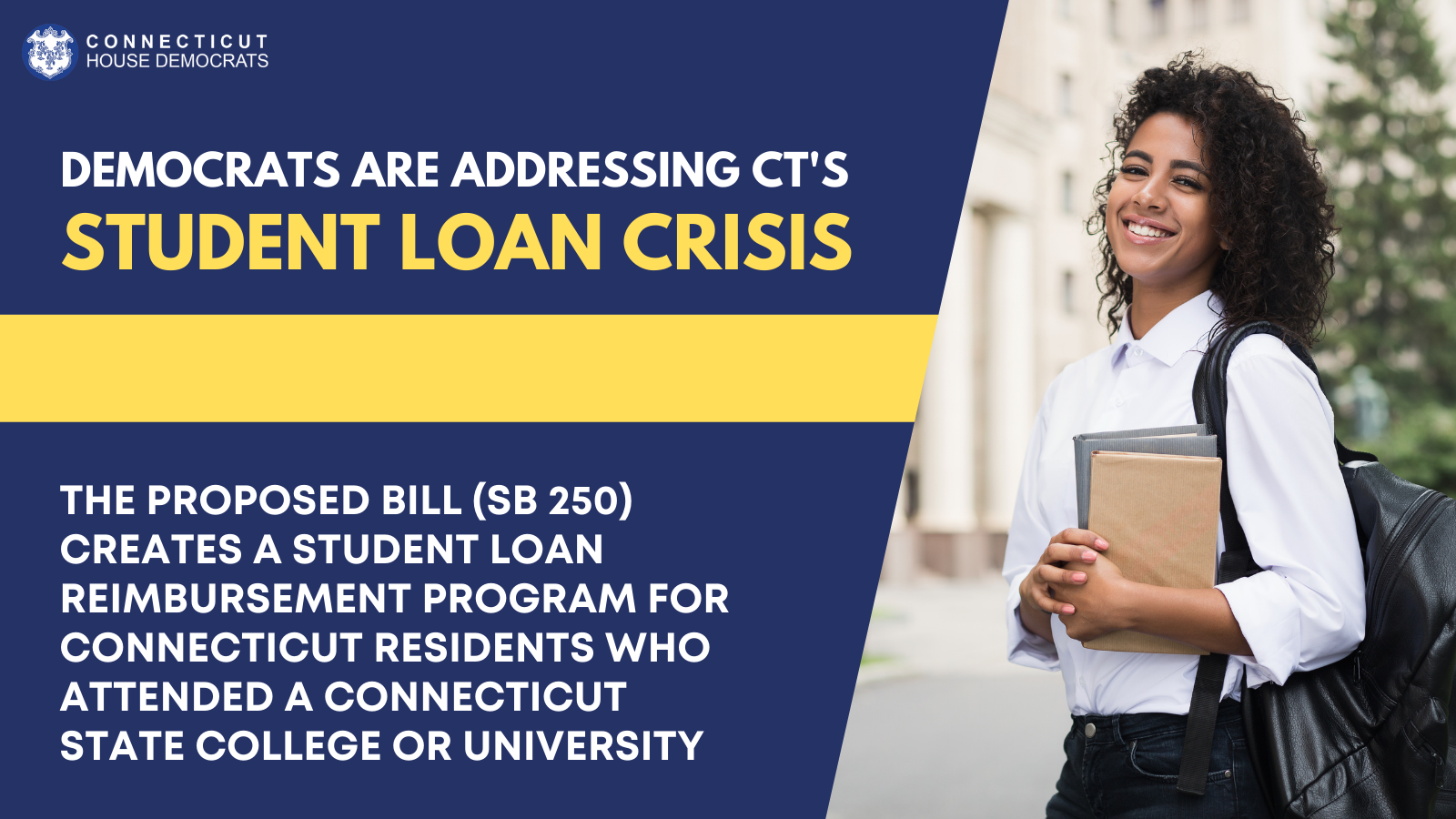 “Connecticut’s economic future depends on its highly talented and educated young people, many of whom are saddled with crippling student loan debt,” said Rep. Gary Turco of Newington, vice chair of the Higher Education Committee where the bill recently was the subject of a public hearing. “An earned student loan debt assistance program, which requires volunteering for a nonprofit and remaining a working, tax-paying resident of Connecticut, provides an incentive for young people to lay down roots and secures the workforce our state needs to thrive.”

The proposal works to ease the financial burden of student loan debt and stem the "brain drain" of college-educated individuals who leave Connecticut. Nationally, student loan debt ballooned by 144 percent from 2007 to 2020. Rising federal and private loan borrowing rates can be attributed in part to reduced state support for state financial aid programs, tuition and fee hikes, poor accountability for low-performing institutions, among other factors.