Getting Ready for the Workforce 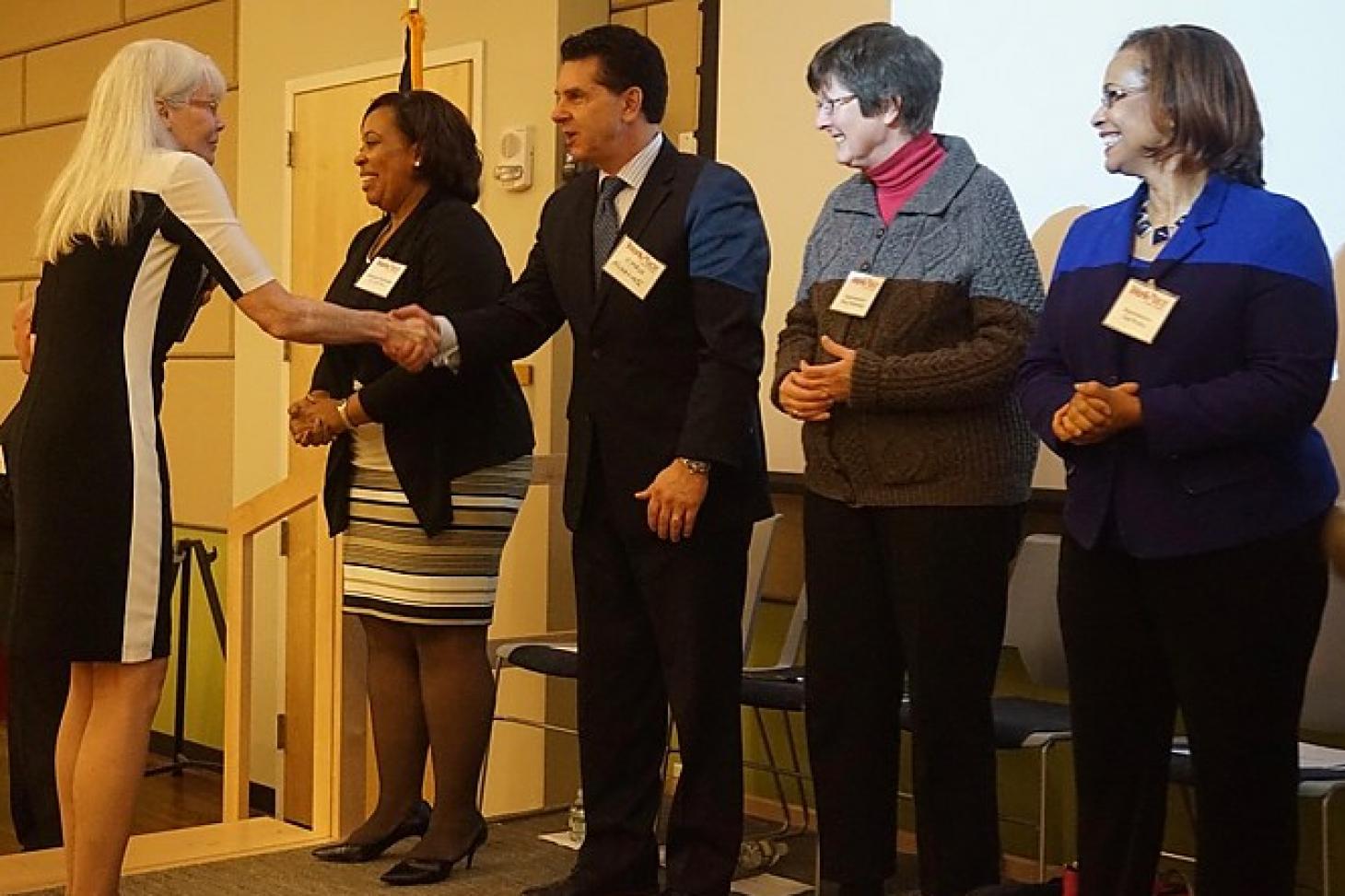 Dee Lindsey was laid off from from her last “real” job as an administrative assistant in January 2013—and has since had a difficult time finding steady work.

Lindsey feels more prepared to tackle the job market now that she has finished the WorkPlace’s Platform to Employment, a program to train the long-term unemployed to compete in the current workforce and beat the lingering effects of the recent recession.

She was one of 102 people who graduated Tuesday morning at Gateway Community College—some with jobs and others with renewed confidence and a repertoire of new skills.

State Rep. Toni Walker called the graduates “champions” as well as “heroes.” As co-chair of the state legislature’s Appropriations Committee, she helped approved $3.6 million to create Platform to Employment in 2014, and then to fund it for two more years in 2015.