History of the labor movement

Fighting for the right to organize and collectively bargain

For four decades after the passage of the National Labor Relations Act in 1935, Connecticut did not negotiate with its employees on issues ranging from working conditions and wages to pensions and health care. Salaries fluctuated from year-to-year and from bargaining unit to bargaining unit. Health care was minimal, when provided at all. And without a collectively bargained agreement, the state was under no contractual obligation to save for pensions promised to workers. To address this, Edward Daly, a Vernon resident and current president of the CSEA SEIU Local 2001 Retiree Council, joined other workers to form the Connecticut State Employees Association. In 1975, they were able to pass legislation through the General Assembly that granted public employees the formal right to organize and bargain with the state, in return for a commitment never to strike. The first negotiated state employee contract followed in 1978. 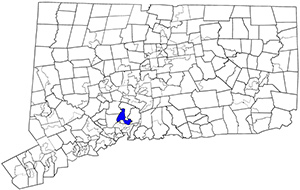