Today Governor Ned Lamont announced a partnership between the state and Bay State Wind for the development of New London’s State Pier as a central hub for the burgeoning offshore wind industry. To accomplish this, the State Pier’s infrastructure will be transformed into a heavy-lift port terminal serving Connecticut and New England.

“State Pier is a major resource for the region and all of Connecticut,” said Rep. Conley. “The governor’s announcement today recognizes the harbor’s ability to contribute significantly to economic development and job opportunities in our area. This public-private venture represents forward thinking and embracement of a developing industry.”

“I am proud of the work that’s led to this partnership and I expect southeastern Connecticut will reap the rewards,” said Rep. de la Cruz. “Already a jewel, the State Pier harbor area is now primed to grow and flourish as a major maritime hub. I look forward to the economic benefits from this project.”

Our state has significant potential to take advantage of our maritime economy and create economic growth. I am thrilled that New London has been selected as a Central Hub of the Offshore Wind Industry. We must utilize our resources to not only support our residents, but also take a lead in protecting our environment.

Bay State Wind is a joint venture between Eversource and Orsted, a Denmark-based green energy company. 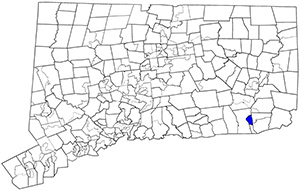