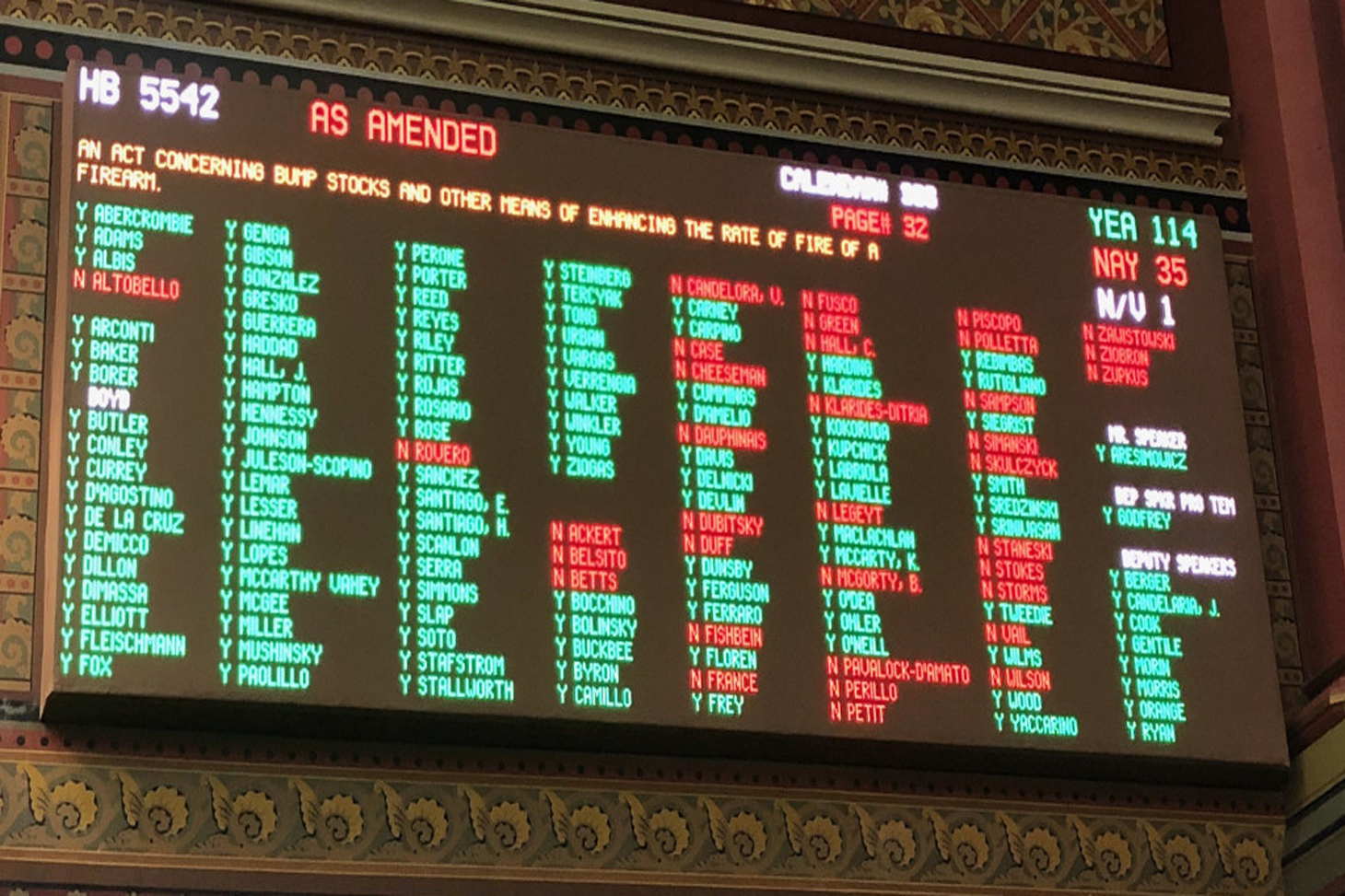 Bump stocks became part of the vernacular following the Las Vegas massacre last October at the Mandalay Bay Resort. The gunman, firing from a hotel room on the 32nd floor, had an arsenal that included 12 semiautomatic weapons fitted with bump stocks.

Firing nonstop and indiscriminately at a packed outdoor concert below – he murdered 58 innocent people and wounded more than 500 others. The carnage was amplified because of bump stocks – turning his guns into military-style weapons designed to kill in volume, and rapidly.

In testimony on House Bill #5542 during a public hearing before the Judiciary Committee, CT police chiefs spoke in favor of a bump stock ban. These weapon accessories serve no other purpose than to increase the rate of fire to maximize the number of dead and wounded. They are intended to circumvent the law and there's simply no place for them in our state.