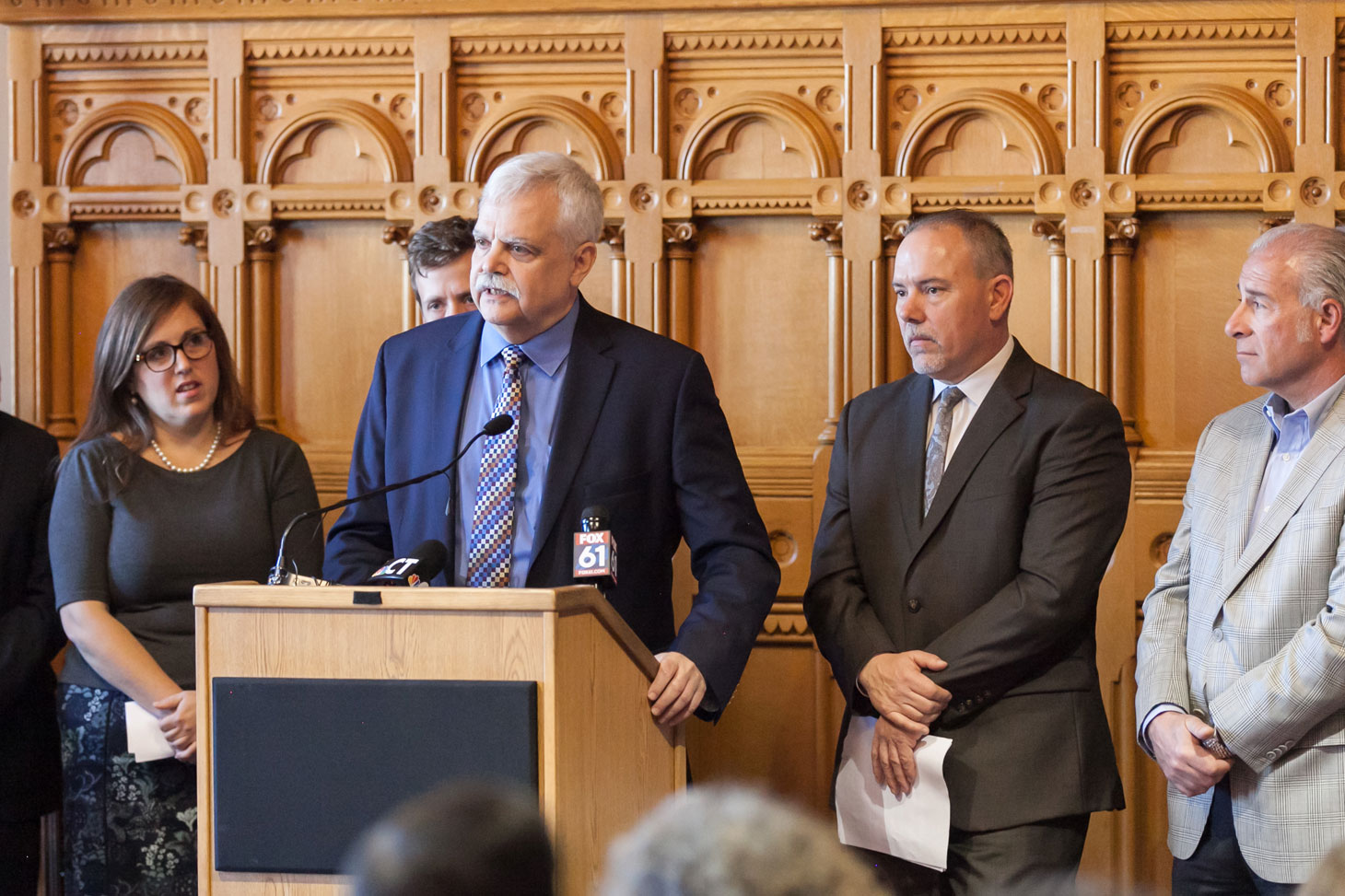 
When it comes to electing our nation's president, I believe every citizen should get one vote. But that's not what happens in our current electoral college system, where ballots cast by voters in states like Connecticut "count" less than votes cast by people in swing states.

That's why I'm supporting legislation that would enter Connecticut into the National Popular Vote Interstate Compact. Click below to listen to my remarks at a recent press conference in support of this bill.

Under the compact, participating states agree to allocate their electoral votes to the candidate who garners the most popular votes nationwide. The compact takes effect only when enough states sign on to guarantee that the national popular vote winner wins the presidency. This means that states with a combined total of 270 electoral votes – a majority of the Electoral College – must join the compact for it to take effect.

To date, 10 states and the District of Columbia possessing 165 electoral votes have approved the interstate compact, which represent 61% of the 270 electoral votes necessary to activate it. Connecticut’s neighboring states – New York, Massachusetts, and Rhode Island – have passed this bill.