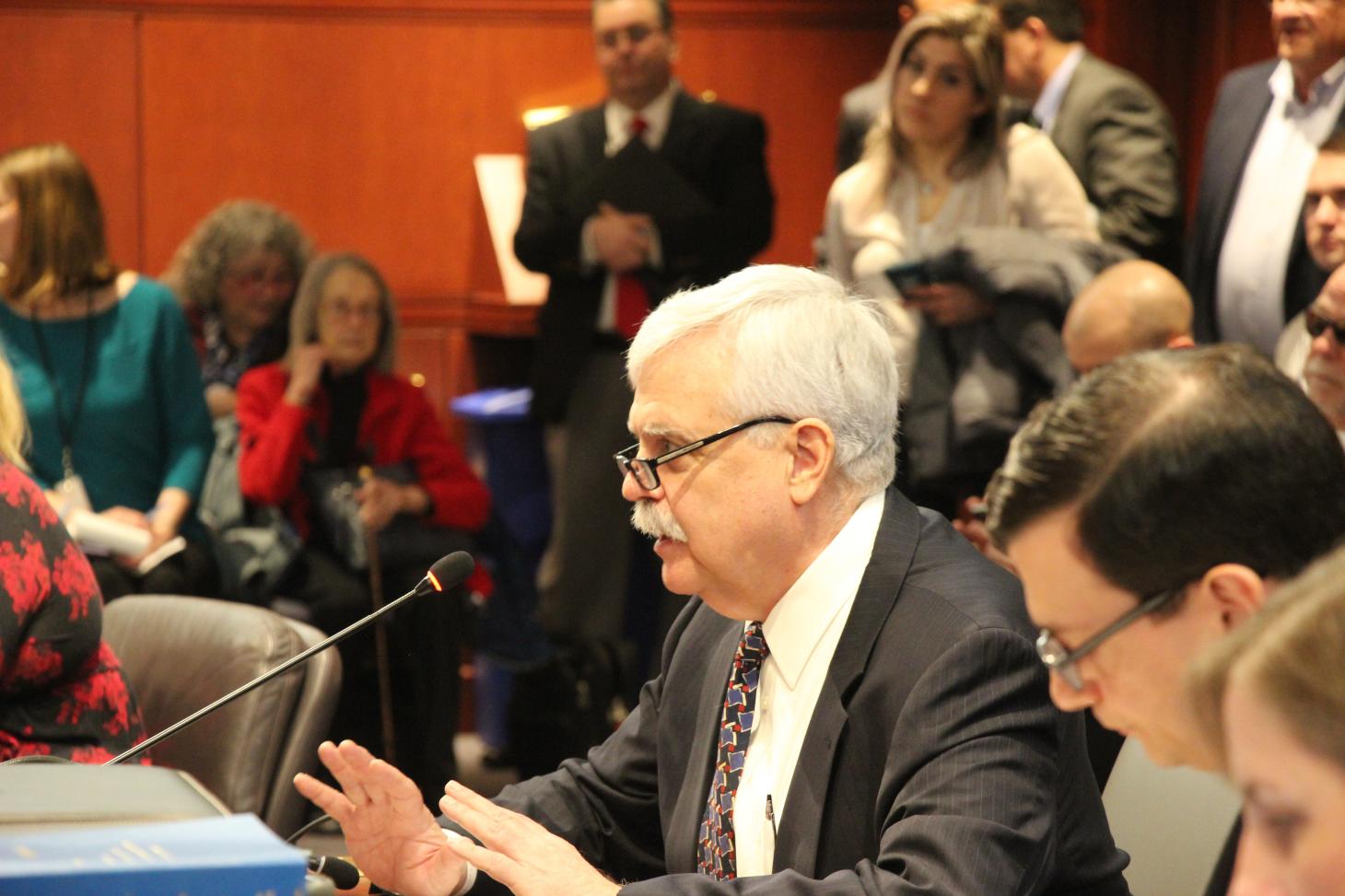 
I testified before the Government Administration and Elections Committee today in support of legislation that seeks to require the disclosure of altered photos used in campaign literature, regardless of medium.

In my long history of public service, there have been many changes, mostly for the better. But one change that angers me is the wide-spread and growing uncivil behavior in government and campaigns.

For many years, especially as I met with colleagues from other states, I was able to say that incivility was foreign to Connecticut’s legislature and our campaigns. But that, sadly, is no longer true; even here, politics has changed for the worse.

I introduced this bill in response to altered photos that were used during the 2018 election campaign season. These photos served as attacks on candidates, such as an anti-Semitic attack on State Senator Matt Lessor, D-Middletown, the desecration of former State Representative James Albis’ wedding picture, and doctored photos of State Representative Liz Linehan, D-Cheshire, and State Senator Will Haskell, D-Westport.

I chose to focus on doctored photos because visuals can be more impactful than text, and we must hold candidates and their campaigns accountable, so it may discourage this uncivil and unprofessional behavior.

These disgusting practices led me to submit the proposal. My purpose is to shine a light on any inclination to use such an underhanded practice, and begin restoring civility to campaigns and government, and bring the idea of truth in advertising to campaign literature.

No other state has adopted legislation similar to this proposal, but 17 states have statutes providing criminal or civil penalties for false advertising. New Hampshire currently has a proposal pending that would empower its legislative ethics committee to investigate complaints of false advertising, and Minnesota has introduced a bill that would make misrepresentation of a photo without consent and to cause harm a gross misdemeanor.

My proposal does not change Connecticut’s current criminal or civil penalty laws.

Please do not hesitate to call me at the Capitol at 1-800-842-1902, or email me at Bob.Godfrey@cga.ct.gov with any questions, thoughts or concerns.