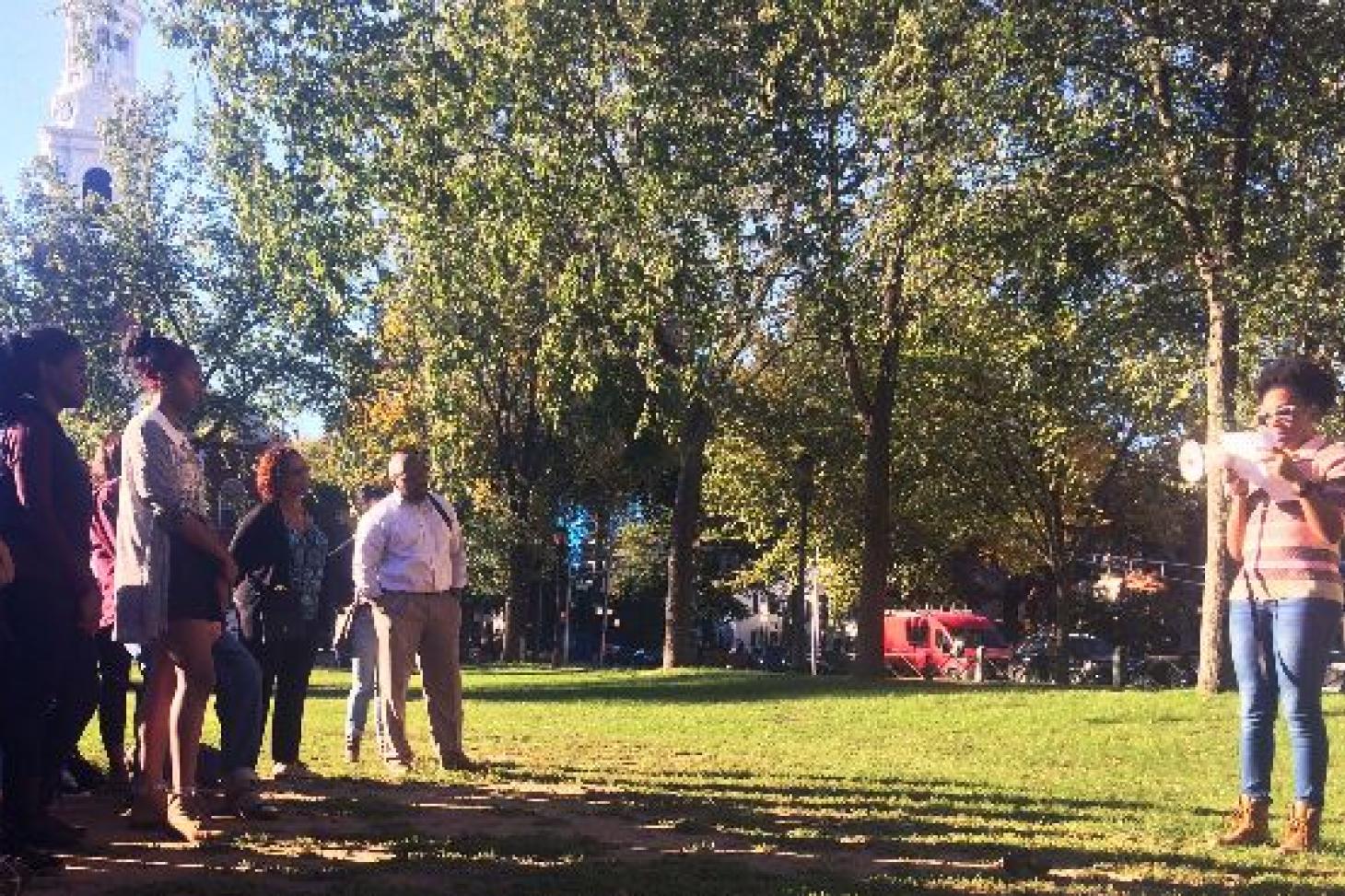 The three-mile march and subsequent demonstration on the New Haven Green — co-organized by Yale’s chapter of the NAACP and the Joseph Slifka Center for Jewish Life — drew a crowd of more than 80 university students, state and local legislators and activists from Greater New Haven.

“We need voices, help, interest and obvious demonstration to tell people that all children’s lives matter,” state Rep. Toni Walker, a speaker at the demonstration, said.