A bill that would permit and implement an open and competitive Request for Proposals process for private or tribal entities to bid for a qualification to develop, manage and operate a casino gaming facility in Connecticut passed the state House of Representatives Friday.

House Bill 5305, “An Act Concerning a Request for Proposals to Qualify an Entity to Develop a Casino Gaming Facility in the State,” passed the state House of Representatives in a 77 to 73 vote and now heads to the state Senate for further consideration.

The New Haven House Delegation applauded the House’s passage of the bill and said this proposal would further invest in the economic development of the New Haven and Bridgeport corridor.

Under this legislation, casino operators would be able to submit proposals to the state departments of Community Development and Consumer Protection. The legislation states that the bids would need to include an investment of at least $500 million and the creation of 2,000 jobs. HB 5305 would also require the casino operator to make a $5 million deposit for each application.

“The ability to expand casino gaming in Connecticut will have a lasting impact on our state. This will help encourage developers to invest in the revitalization of Connecticut’s largest cities and help our urban centers become the economic engines we need to move our state forward. This legislation will put Connecticut on the map as a tourist destination, create new job opportunities for our residents, increase our tax base and allow us to remain competitive with neighboring states,” the New Haven House Delegation said. 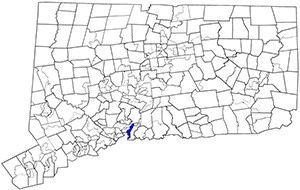