Larry has been representing the 72nd District in the Connecticut General Assembly since 2007, following four terms as a Waterbury Alderman from 1997 to 2006. In the state legislature, he serves as former Co-Chair of the Housing Committee and also serves on the Human Services, and the Finance, Revenue & Bonding Committee. He has also been elected to serve as Vice Chairman in Region 1 of the National Black Caucus of State Legislators.

In the past few years Larry has served on the J&J scholarship Committee, on the Black Mayor for a Day Committee, as the Grace Baptist Church Worship Leader for Men’s day, organized a Mock Congress for Granville Academy students, and participated on the BWSTOP advisory board addressing domestic violence.

Larry has served as a member of the Board of Directors of the Waterbury Chapter of the American Red Cross and, as a volunteer on the Development Committee, and worked on fundraisers from 2000 to 2003 that generated tens of thousands of dollars for the Red Cross. Larry has also served on the “Black Mayor for a Day” selection committee since 1999.

Larry and his wife Jacqueline reside in Buck’s Hill with their daughter Alexandria. 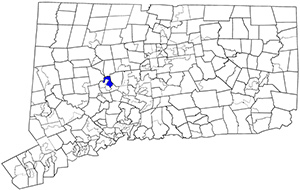