Michelle Cook is the State Representative for the 65th Assembly District serving Torrington. She was first elected in 2008 and is currently serving her sixth term in office and her second term as a Deputy Speaker. Rep. Cook serves as a member of the Education, Human Services, Legislative Management, and Public Health Committees.

Representative Cook has been an outspoken supporter for issues involving children and families. In 2010 she worked to reform Connecticut’s domestic violence laws. Representative Cook was recognized as a Children’s Champion by the Connecticut Early Childhood Alliance in 2009, 2010, 2012, 2013, 2015, 2016 and 2018. In 2011 and 2014 she was named the alliance’s Legislator of the Year.

She is also a member of the Medicare Managed Care Committee and the Primary Care Medical Home (PCMH) Subcommittee. PCMH is a program for health care providers and families seeking quality and affordable health care.

Representative Cook has also been a longtime advocate on behalf of seniors and persons with mental health and substance abuse issues. In 2009 she was named the Homecare and Hospice Legislator of the Year. She serves on the advisory council for Prime Time House which assists adults with serious mental illness find employment, education and housing.

In 2013, Representative Cook was named a chair of the Municipal Opportunities Regional Efficiencies (M.O.R.E.) Commission’s Special Education working group which aims to improve special education in the state. She was also named a chair in 2013 to the Restraining Order Task Force. The task force was formed to study policies, procedures and regulations related to the service of restraining orders with an aim to offer opportunities for improvement.  The task force's work is currently being used to guide legislation concerning special education.

For the past 18 years Representative Cook has also been active in her community. She is a member of the Torrington Early Childhood Collaborative, an organization committed to enhancing the quality of early childhood education. In 2002 she founded the Torrington High School Parent Teacher Organization.  Until 2012 she has served as the Director of Public Relations for special events for Torrington’s collegiate summer baseball team.

She has volunteered as a Girl Scouts leader and served as a board member for the Girls Scouts of Connecticut. Rep. Cook has also been a softball, baseball and basketball coach for many years.

She holds a B.S. in Sociology and Psychology from Missouri Baptist University and has completed coursework towards a Master’s Degree in Special Education at Central Connecticut State University.

Michelle is married to Christopher Cook and has four children: Ryan, Katlyn, Ashlynn, and William. 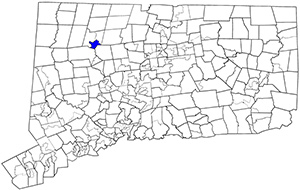