Bob Godfrey is the Connecticut state representative serving the General Assembly’s 110th District in Danbury. Now in his 17th term in the House of Representatives, he has a leadership role as Deputy Speaker Pro Tempore, and is a member of the Judiciary, Executive and Legislative Nominations, Regulations Review, and Legislative Management Committees.

Godfrey was one of Connecticut’s 7 presidential electors in 2016 for Hillary Rodham Clinton.

Godfrey serves in a national leadership role as a past chairman of the Council of State Governments, a national, nonpartisan, nonprofit organization representing state officials in all three branches of state government.

Since his first election in 1988, he has been recognized as an impassioned advocate for many legislative initiatives. He is particularly proud of:

1990’s Kids and Guns Act for which he was named Champion of Children by the Connecticut Coalition for Children;

1993’s Assault Weapons Ban for which he was named Legislator of the Year by the Connecticut Police Chiefs Association;

His personal advocacy for working families for which the Connecticut AFL-CIO recognized him as Outstanding Legislator of 2000;

2006’s Distinguished Legislator Award from the Connecticut Association of Boards of Education for his efforts to provide quality public education.

2008’s special recognition from the military veterans of western Connecticut for his long advocacy for his comrades-in-arms;

2009’s Probate Court Reform which made the courts more effective and efficient while maintaining their user-friendliness;

2014’s Chronic Disease Care Act, and the increase to the minimum wage

Bob annually sponsors and participates in the YMCA’s Youth and Government program, which brings high school students to the Capitol to simulate state government. He serves on the Board of Directors of APEX Community Care, which advocates for people with HIV/AIDS, mental health and substance abuse disorders. Bob was born in Danbury in 1948 and has lived there all his life. He attended St. Peter School and Immaculate High School. He holds a bachelor’s degree from Fordham University and a Juris Doctor degree from the University of Connecticut School of Law. He is an attorney. In the past, Bob managed the family pet shop, served in the U.S. Naval Reserve, was an executive with the Greater Danbury Chamber of Commerce, and served for five years on Danbury’s City Council. 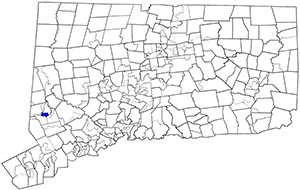