First elected in 2018, Anthony Nolan is in his second term as State Representative serving New London’s 39th district. He is Vice Chair of the legislature's Appropriations Committee and a member of the Education and Internship committees.

Nolan has spent his entire life in public service. He served with the U.S. Navy and currently works for the New London Police Department. He was a four-term member of the New London City Council and served as Council President during a difficult time. Nolan is a deacon at Shiloh Baptist Church and an advocate for many youth programs in the city.

Youth advocacy is a priority for Nolan who represented children’s interests on the Board of Education. He has also volunteered in countless programs including the New London Youth Collaborative and the city Youth Talent Show. 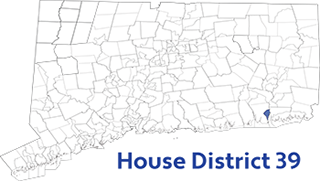