Representative John-Michael Parker was elected in November 2020 to represent the 101st House District which includes the towns of Madison and Durham. He currently serves on the Education, Environment, and Public Health Committees.

Ensuring that our state government takes care of all Connecticut’s residents, prepares them to succeed, and builds communities in which they can thrive are among Representative Parker's top priorities. He is eager to improve healthcare access, educational opportunities, and environmental protections across the state, and to keep Connecticut among the best places to live, work, and raise a family.

John-Michael is a Madison native and is a graduate of Yale University where he earned a Bachelor’s Degree in Molecular, Cellular, and Developmental Biology.

While excited to begin representing his community in the General Assembly, John-Michael is no stranger to leadership. He has successfully led nonprofit organizations in both Connecticut and New York City. He currently serves as the Executive Director of Arts for Learning Connecticut, the state’s premiere arts in education organization.

John-Michael also brings his experience as an educator and artist to the General Assembly. He’s previously worked as an elementary and middle school science teacher, and toured professionally as a musician. In recent years, he returned to his alma mater, Daniel Hand High School in Madison, to direct a variety of music and performance groups.

Parker has served his local community as a member of the boards of Madison Youth & Family Services, the Academy Community Center and Design Committee, and the non-profit Women & Family Life Center. 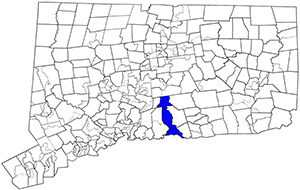