Born and raised in Norwalk, Travis Simms was inspired to serve the public by long-time Norwalk politician and civic leader Otha Brown Jr., and Mary T. “Bea” Brown, an advocate for the city's poor and minority residents who worked tirelessly to effect change in the community. Like them, he understands the frustrations of neighbors because he faces the same issues every day.

Travis does not consider himself to be a career politician; but is simply driven to serve and give back to the community.

Having a successful professional career as a 2-Time World Champion Boxer is one of Travis’s biggest accomplishments, but his truest and most heartfelt accomplishment is the work he accomplished while serving the residents of the city of Norwalk.

During his 10 year tenure on the Common Council, Travis has served in a number of leadership roles including: Minority Leader, Chairman of Recreation, Parks and Cultural Affairs Committee, Co-Chair of Personnel Committee and member of the ad hoc Planning Committee for the Sono Collection Mall project where he scrutinized the plans prior to review and approval by the Common Council.

He has also served on the Health, Welfare and Public Safety, Planning, and Ordinance committees.  Travis currently serves on Finance/Claims, Public Works, and the Recreation, Parks, and Cultural Affairs committee for the Common Council.

Travis is also a member of the Norwalk Maritime Aquarium Board of Directors, The Choice Neighborhoods Implementation Coordinating Committee (ICC), and serves as the First Vice Chair for Action for Bridgeport Community Development Inc. (ABCD), a non-profit social services agency that provides a host of services from early childhood and youth services to energy assistance and supportive services throughout Fairfield County. He is also Co-Founder of A Better South Norwalk Community Group, a grassroots neighborhood organization whose meetings and events provide an open platform for residents to discuss local issues.

Travis has always been an active and avid advocate for residents in Norwalk and has been involved with a number of sustainability initiatives. He continues to fight tirelessly to preserve open spaces in protected by restrictive covenant in the city.

He was part of the Ordinance Committee to propose the revision of Article III - Tax Relief for Relief for the Elderly and Disabled Homeowners to help elderly and disabled homeowners reduce their property tax bill based on their income, and most recently Travis was part of the Finance/Claims committee members who voted to expand the program to more seniors with higher incomes.

Travis has also played a major role in securing Community Development Block Grant (CDBG) funding for Serving All Vessels Equally, Inc. (SAVE), The South Norwalk Community Center, and the Residential Facade Improvement Program in South Norwalk. Travis was instrumental in securing $400K for the Norwalk Grass Roots Tennis Program for under-served youth in Norwalk. In addition Travis aided in negotiations with the United States Tennis Association to rebuild the existing tennis courts and add two regulation-sized courts at Springwood/Nathaniel Ely Park. Travis has addressed public safety issues, working to fix roads, sidewalks and public stair wells in the district and has helped to secure funding for designated walk/bike lanes throughout the city. He also supported the $460 thousand special capital appropriation to expand the Norwalk Public Library.

Now Travis is eager for the chance to serve his community in a greater way. He will continue to tackle challenges ranging from affordable housing, environmental concerns, open space and recreation, property tax reform, and a lack of jobs and vocational training.

In addition Travis will fight to increase state funding and drive accountability for education reform. He will work to improve aging infrastructure, fight for community stabilization and put laws in place to strengthen housing policies and programs. All of these issues and initiatives are personal to Travis and he vows to put the health and safety of Norwalk residents above all else. Travis’ mission remains unchanged: fighting for a better quality of life for ALL residents of Norwalk.

Travis Simms lives in Norwalk with his family and Sandra, his wife of 23 years.

“My position on the Common Council and various committees and boards has taught me about the policy and process of government. My life experiences have taught me to pursue fairness and openness in government, to seek tactical solutions to problems and to assure that everyone has a place at the table. I will utilize my role as State Representative to dismantle barriers and provide opportunity for everyone. I sincerely believe Norwalk must be a great place to live and work for ALL of its residents and I am fully committed to pursuing policies that bring about that goal.” - Travis Simms 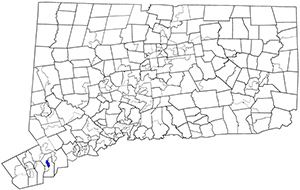